Well folks, this is the end of Kindergarten! My baby has hit yet another milestone. These stones are coming down so hard and fast it's hard not to hurt a little. There were all sorts of gut wrenching but perfectly beautiful end of the year celebrations, and I only fell more in love with the school she is attending. Any apprehension I had about Kindergarten all drifted away pretty early on. Sure there were some minor bumps along the way but they were all relatively easy to deal with. Each day at drop off was different. Separation anxiety came and went in phases for her.  There were some tearful mornings as late as May so that might just be her "thing" that will follow her for a while. She had a couple of "Mean Girl" moments when girls were asking to sit next to Miss Popular of the class and she got denied a couple of times, but her confidence was strong enough that she stopped asking and did her own thing. There were also the few times someone commented on her food or that they could see her underwear when she was wearing a dress. I was ready to attack but they were all normal elementary school events that came and went quickly. Just like the year.

There was a slide show that was put together for Young Author's day. The event took place in the morning at the start of the school day and each child read something they wrote, Twig wrote about her little friend in London and as soon as the other kids began to read she decided she wasn't going up which was fine. She was a little afraid of getting up in front of grown ups with a mic. Hand it to her in front of a crowd of kids though and she will put on quite a show. After the kids read we watched the slide show. It had a picture of each kid on the first day, and then showed every fun. exciting, assembly or activity that was organized throughout the year. Every child was beaming between the accomplishments and achievements they had successfully accomplished all year. Looking back it was hard not to get emotional. Kindergarten was exactly what it was meant to be. A transition from preschool into the higher grades. The kids had their own yard, buildings, and lunch area away from the bigness of the rest of the school. Now she has completed that transition and it feels a little daunting to throw her in with the big kids.

Every kid has strengths and weaknesses. As a parent, my goal is to learn where my kids are strong and where they need a little help and then support but not save them through the hard times. It has been a lot of learning this year for sure. I am honing in on the tools that work best for MY kid and not necessarily what the best parenting book thinks. First grade will be interesting for many reasons. After a possible move to a new home, she will soon after start school and have another big move from the rug to a desk, and the possibility at an entirely new school. I know that once she gets over the initial newness and then the daily goodbyes, she is a quick study and will be fine. I am still learning that for myself. Here we go! What's next is not clear but I am proud of her for this amazing year and look forward to first grade fun! 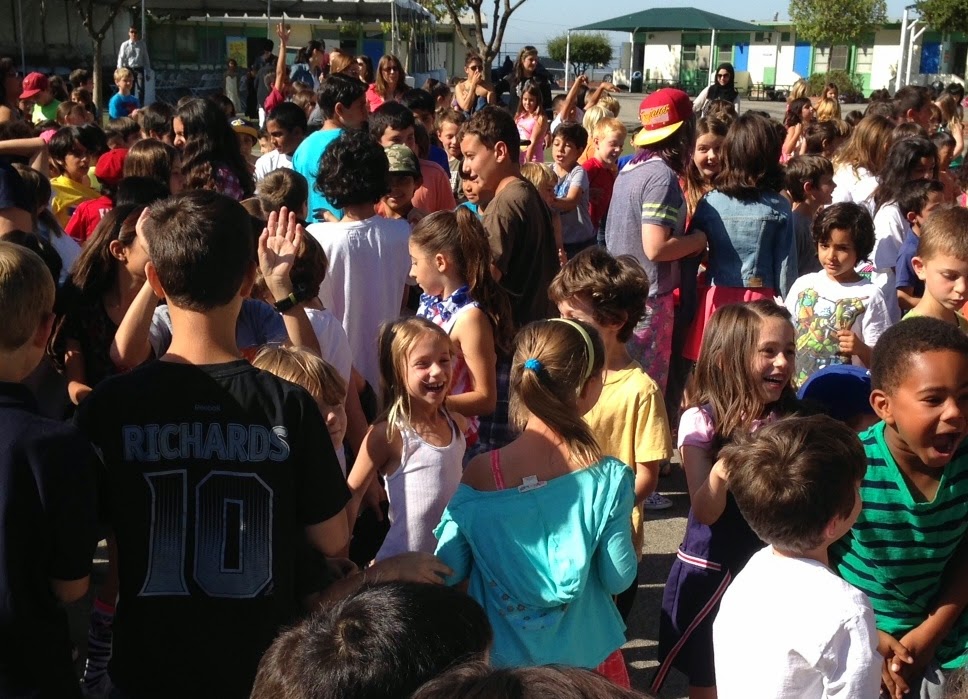 "It's a phase" is what every mother hears when they are complaining about child behavior issues. Mostly I hear it from my mother or mother in law. For the most part they are correct too. It's just that when you are getting hit in the face repeatedly or your child goes boneless each time you say "no", you can't help but ask yourself what their problem is, and how long will it last. A phase isn't a very specific amount of time, and patience is a challenge when dealing with head butts and tantrums.

I am writing this moment though to remind myself in future trying times that my daughter right now is amazing! Last week she was so challenging emotionally. There were a lot of meltdowns and crying over issues that didn't seem worth a whine but instead got hysterics. She has always been sensitive about separation but at some point would get over it, but last week the end of the school year she had trouble saying goodbye in the morning, and trouble going out to her gymnastics class from the waiting room. At one point last week I got very stern with her, looked her in the eyes and said "enough." I am not exactly sure if that had a single drop of influence on her or she was just done with being moody, but she has been easygoing this whole week.

We went to the merry go round yesterday and arrived fifteen minutes after it closed. My hands began to sweat as I dropped the bad news and much to my surprise she said "bummer" and asked if she and her brother could run around instead. Total shocker. This week had been a full one with all of the end of the year culmination celebrations and exhibitions. She had open house at school where we saw all of the work she has been doing, a gymnastics exhibition, and the school fair.  Between those there has been a lot for her to be proud of, and a lot for us to be proud of her for. She has had quite a wonderful year and it shows.

Kindergarten offers so much newness, between having fish in the class, worms, snails, caterpillars, and getting to bring home and hatch the caterpillars into butterflies was really beautiful. The last segment of the year was the farm, and the class had an incubater and twelve eggs. Over three weeks the children watched the eggs and waited. They waited for a peck a crack, a sign that a little chick would really hatch from the eggs. It became a curiosity for all the families as well. We peeked our heads in daily to see if anything was happening. One day it all began and one chick made it's way out, a little wet, fuzzy yellow fluff was first followed by ten more.

We were invited to throw our names into the hat to take two chicks home and Twig begged. I had no compelling reason to turn her down so I said "yes." So as I write this I am sitting next to Chicken Little, and Chicken Big and they are sharing my office with me for a few weeks until we take them to a farm. So I suppose we are technically the foster farm but that turns my stomach a little and is likely the reason I haven't had any eggs for the past few weeks, other than that everyone is happy.

The gymnastics show was great, and she showed no sign of stage fright and even seemed to like showing off to us. She also wanted to get up and sing at the school fair but there is time for that later. She completed terrific works in school and was a charming host at open house. She is a pleasure to be with right now and I can't soak her in enough. We are really enjoying our time together right now. The good, bad and the ugly -- it's all a phase, right? 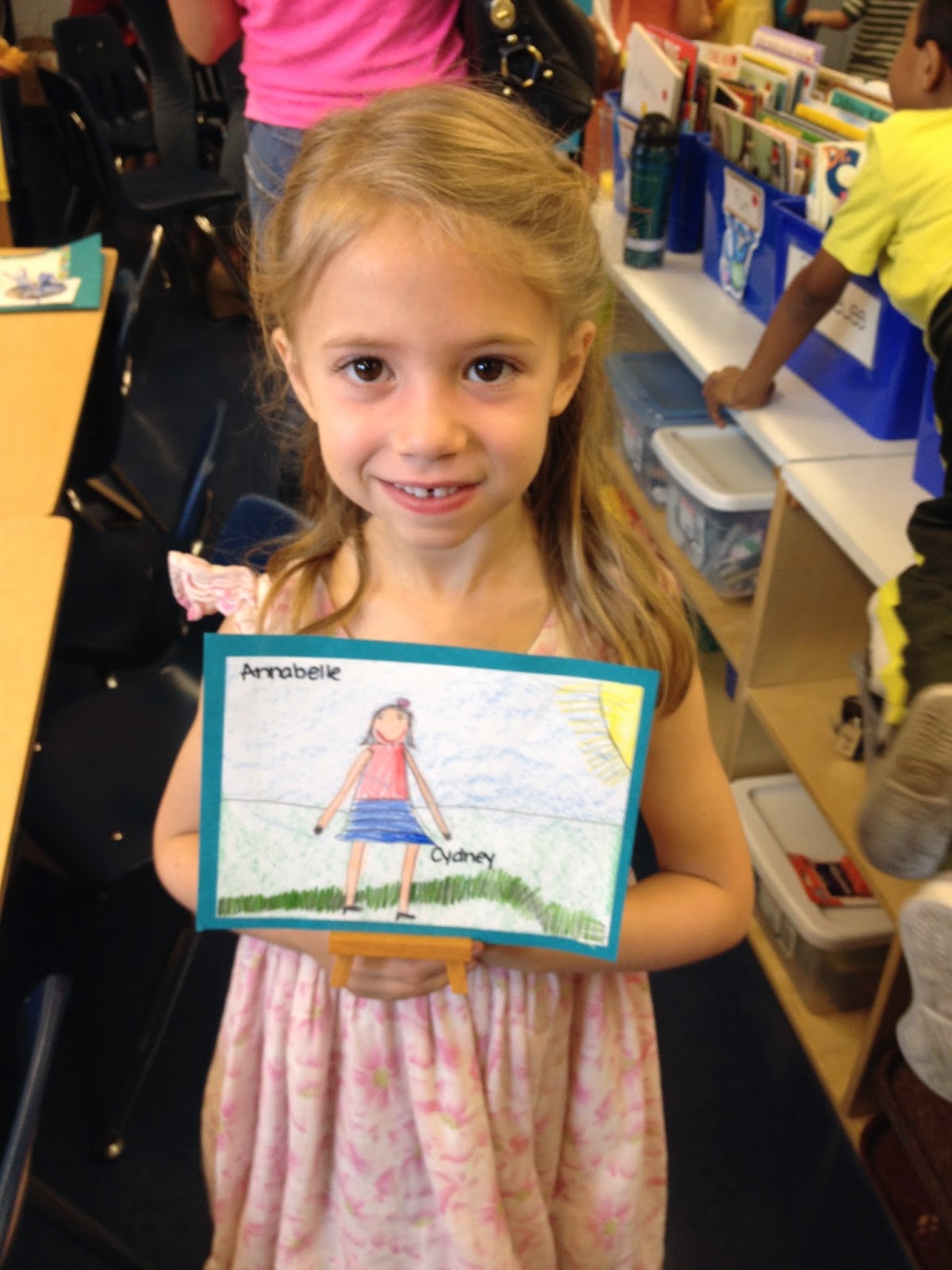