A World Without Ned

As a teenager, I met Ned after he came to see the Off-Broadway play I was in. He was looking for a young girl to play a role in the play he wrote called “Funky Crazy Boogaloo Boy.” He asked if I would meet him at a pizza shop by a subway train stop downtown to show me the script, and see if I was interested. He explained the play was going to be done at his theatre company, Naked Angels. As he explained this to me on the phone he must have heard my hesitation, between the word Naked, meet him at this pizza shop, and the fact that I had no idea who he was. He asked if I wanted to bring my mom or dad with me, and that is when I knew he was a good guy.

The play that he came to see was directed by Liz Swados about racism and antisemitism. It was creative, educational, loud, heavy, and intense. It was an incredible theatrical experience, both for the audience and for me in the cast. This play was many things and meant so much to me, but it was far from what would be considered a traditional play. Liz was just as eclectic as her art. She was unpredictable, extreme, and fiercely protective of us. Our cast was made up of mostly teenagers and for the four years we worked together she became our theatre Mama. It was sometimes a complicated relationship but we loved her, and she loved us.

When Ned met me for a slice of pizza he handed me his script and told me a bit about his play. It was the story of a Jewish teenager falling in love with a Black girl. It took place in the sixties when navigating each other's communities was nearly impossible. It was such a beautiful, funny, and poignant story. In comparison to what I had been working on with Liz, it was a much more traditional piece of theatre. I liked and understood what his vision was right away. Before I even got my slice, I knew I wanted to be a part of it, but I waited to hear everything he had to say before saying yes. He gave me the script and told me the role he wanted me to consider was the fourteen-year-old little sister. She was annoying and irritating to her brother because her music and makeup seemed trite compared to his real-world relationship problems. I fanned the script glancing page by page to see how many lines my character had.

Ned laughed and said, “You are a true actor right there, counting your lines before you commit.”I laughed because I realized at that moment just how obvious I was being about it.

Ned was kind, patient, and had smiling eyes that seemed to beam out joy. I was excited about the script and excited to work with him. The schedule worked out perfectly with the other play and along with my friend Shawn, we were able to be a part of both these fantastic productions. My days were full of rehearsals for Ned’s play and performances for Liz’s play. I felt like both provided a sense of family with both these theatre parents guiding the way. The contrast between the two of them was clear. Liz was the tough one, and Ned the gentle one. I loved them both.

Ned was warm and welcoming to everyone who was part of the play. Every time we walked into rehearsal he would say “There he is, or there she is.” making all of us feel so important to him and to the production. This was his way, not only did he make you feel like he was happy to see you, he legitimately was happy to see you. The play was a great experience between getting a chance to work with a great cast of actors, and meeting a slew of successful thespians who came to see the play. When the run was over I was disappointed to have to say goodbye to everyone. Many of us stayed in touch, including Ned and me. I finished college and found my own tiny apartment on the upper west side. By chance, my new place was a block away from Ned and we would occasionally run into each other, or plan on a walk or cup of tea. When I moved to Los Angeles Ned sent me off with a piece of paper with a name and number on it. He told me when I got settled in I should give his friend George a call. I was twenty three and leaving the only city I ever knew to try something new. I had mixed feelings about leaving my friends and family in New York, and I wasn’t sure how long I would last in LA, but I had to give it a chance.

I called George a few weeks after arriving and it was like talking to a piece of home. I didn’t know him, but because he was Ned’s friend he felt so familiar. They grew up together and were high school buddies from the Bronx where my mom also grew up. George and I became close friends. We went to movies together, he introduced me to a lot of his other friends and helped me get work when I needed it. We talked about seeing Ned whenever we went back to New York. George shared the news with me when Ned got married and later had his son. When I met my husband and later when I had two kids of my own, I stayed in contact with Ned and George.

A few years ago I found out that Liz passed away and it shocked me. I didn’t know she had been sick. I always thought I would go back to New York and visit her again. As I get older and more people I know pass away, I am trying to find a way to process loss. There are moments when because of the time difference it is too late or too early to call my dad in NY. I sometimes wonder if that feeling of missing the chance to talk to him is what it will feel like when someone I love is gone forever.

One day while my daughter was at school and I was home with my toddler, George and Ned surprised me to come for a visit. They arrived at my house together and it made me so happy. I could see the sweet relationship they have had over the years, and when they both walked in Ned hugged me, took a look at my son, and said “there he is.” My son was barely one and smiled up at Ned with his mouth wide open and his two little teeth gleaming up at him. We had a wonderful visit the four of us. I never imagined it would be the last time I would see Ned.

We stayed in touch checking in now and again. George would fill me in on what projects Ned was working on, how old his son was, and how his family was doing. George would always tell me when he saw Ned and would send me his regards. A few days ago when I saw Geroge’s name pop up on my phone I smiled, but my smile fell instantly when Geroge told me that our friend Ned had died. He lost a battle to two types of cancer. A battle he barely shared with anyone. In true Ned form, he kept the light in his eyes strong even as he suffered so that he could go to work and could provide health benefits to his wife and son.

I can’t believe that I won’t see his smiling eyes again. The world lost another good guy, and I lost a great friend. 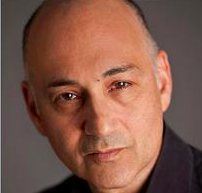