In seventh grade I started junior high school and my grades dropped. I was overwhelmed with how to keep up with so many different classes, lessons, and teachers. I was never the greatest with change but this one knocked my socks off. There seemed to be so much going on, and I just couldn't keep up. Instead of the teachers reaching in to help, seeing me flailing made it easy on them to pass the problem on to someone else. I was taken off the academic track I was on and put into remedial classes. At the time I was grateful because the work load was much easier, but I noticed, even at 12 that the system was flawed.

Growing up in New York City, diversity was the heartbeat of the city. My community had always been diverse. Culturally I was so lucky to be exposed to so many differences. I never noticed a room unless it wasn't diverse. In junior high, my classes were mixed with every race and ethnicity. It wasn't until I was moved to the "easy" classes that I noticed what was missing, or rather what was there. I was the only white kid: no Asians, no Indians, just Latinos, African-Americans and me. I felt given up on by the system and I was put into this class mid year. How long had these kids been in classes like this? If at twelve, they knew what I had known, how long did they know it. As early as seventh grade we were placed in classes that prepared us only for certain typed of jobs. There was no math taught that would help us for SATs. We were not the kids that they prepared for college. They didn't bother working on helping us back on that path either.

Years later, I did go to college, but getting there was not easy. I ended up getting into college without an SAT since I wasn't prepared for any material on the test. I got in because my parents helped me prioritize school. Not everyone had parents who could take the time to do that, and even if they could I think so many parents (as one would hope) think the system is taking care of kids. "No child left behind" leaves a lot to be desired still today. After graduating from college I moved out to LA, and was shocked at how segregated it was. Sure as a whole it is a diverse place, but unlike NY the communities are so spread out. When the education system is examined in LA, you can also see the broken track kids are set upon and how it fails them. Friends of mine who have worked in low income areas say that some schools put kids in front of a TV and give up on trying to teach. Of course there are exceptions, but this exists!

When I've watched movies like "Precious" or "Moonlight" I have sobbed. Not just because these were beautiful movies with sad stories, but because the characters were people who were failed by our system. A system that make claims and promises to take care of all of its people. There is a tremendous flaw in the hope the American dream offers. It's much easier for some to reach their potential than it is for others.When reading "The Short and Tragic Life of Robert Peace" I got so angry because it made me feel that African-American males are trapped. When hearing yet another story of a police brutality incident, or seeing the documentary "Thirteen",  I think of the words unfair and unjust and they even come close to describing the holes in our system.

The land of the free, and the home of the brave implies something other than it is. For hundreds of years minorities have been either enslaved or criminalized. Men and women have not been treated equally and certainly black men do not have the same opportunities as whites. After hundreds of years of oppression, there is anger, pain, frustration and a need to speak up for rights. This country has made a lot of progress over the years. The fact that we had a black President for eight years is a testament to the positive changes. We are going a bit backwards now though and it is not okay. Somehow, hatred and racism are seeping out from under the rocks that were hiding them, and it is not alright. The protection of our human rights are being threatened, and it is not acceptable.

The suffering of our country's past can never be forgotten. We have a lot of beautiful melting pot statements that our country prides itself on. We need to remember that our country is meant to be inclusive. Anything short of that is unAmerican. 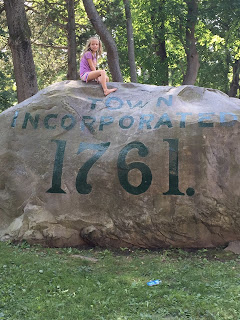