It Hurts When Your Kids Hurt

When my daughter was a few months old, I was nursing her as I took a bite of a sandwich. A piece of the roll fell into her hair and I felt I had let her down. Here was this tiny helpless newborn just trying to nurse when this foreign crusty thing falls on her head. She suddenly looked so vulnerable to me and in a haze of hormones and sleep deprivation, I began to cry. I was responsible for letting a messy piece of bread tangle in her downy locks. Of course, this is the most harmless thing I could have done, but the weight of my responsibility dawned on me in that moment. By the time I had my second child, I was a lot less precious and actually once had to throw up over his head when I got sick. Oh how time changes you, but being a parent can weigh heavier on your heart than I ever thought it could.

When I was pregnant, I tried to prepare myself for the reality that parenting would not always be easy. I thought of all the scary things that my husband had as a child. He poked at a wasp's nest and got stung all over his arms. He surfed into huge rocks and emerged bloody. He fell ending up face first down a hill on his skateboard resulting in a bright red racing stripe of a cut down the middle of his face. Then I thought of his three sisters. One stepped on hot beach coals as a child, badly burning her foot. Another suffered from scoliosis. The youngest ran back crying from climbing a tree with her arm dangling out of its socket. My sister and brother had their own slew of incidents and accidents. A sweatshirt zipper scraped my sister's eye, her leg broke in several places after a three story fall, my brother needed surgery after a martial arts injury and he once needed to be airlifted off the side of a mountain when he couldn't hold on anymore due to altitude sickness. Both my in-laws and my own parents had to survive not just one of these incidents but all of them.

When I was nine, my parents had a scare from me. I had a lump by my neck -- it was discovered by a teacher. I remember resenting the call she made home alarming my parents. My father took me in to the doctor the very next day. After getting examined, the doctor left me in the room to go talk to my father in his office. He left the door opened just wide enough for me to see my dad cry for the first time. Upon arriving home, my mother, who usually is pretty even, seemed rattled as she handed me a bag packed for the hospital. My parents were told my symptoms pointed to Leukemia and I stayed in the hospital a few days until an x-ray pointed to an extra cervical rib. We were all relieved to go home (I'll never hear "spare ribs" the same way again).

The past few months have been trying for my daughter. She had a tough time adjusting to middle school, she experienced anxiety in new and unwelcome ways, and she kept getting sick. She missed one day in the beginning of the school year, then another, then three here and two there, and each time it was for the same exact symptoms. In between she feels herself and has even grown to like middle school. She just seems to last a few weeks before her system runs out of steam again. In the midst of this, she auditioned for her school musical. There were eighty kids trying out and sixty got called back to dance. She got a call back and had to learn, what she described as a complicated routine. Dancing is not her strong suit and she came home feeling like she probably didn't do so well. She also came home and fell asleep. She got sick again and missed the next day of school. I knew in my gut that something was not right and brought her back in to the doctor again. Much to my chagrin, in order to get tests done, I have to wait to have an additional phone consult with a specialist. I have spent hours on the phone on hold. I learned I have new skills though, so all wasn't lost. I can take a whole shower, shave and wash my hair all while the phone sits on the side of the tub dangerously close to falling in and still be on hold when I am done.

Yesterday we learned that she did not get into the play. When we found out, it was if someone took a rope to my waist and pulled me in half. I wanted her to have this positive experience. I stayed stoic and wanted to let her have her own reaction. I know all about helicopter parents, snowplow parents and all of those clear the path type vehicles. I am guilty of jumping in too soon and trying to make my kids feel better, when sometimes they need to just feel. It is hard to watch your kids on shaky ground and not know if I should lend a hand, or let them fall.

She took the news okay. She said she kind of figured since there were sixty kids at the call back and they could only take less than half of that. She also knew she didn't dance that well. She got a bit weepy when she realized a few of her friends got in together and she was sad not to be in it with them. We don't have any answers on why she is getting sick so often, not yet anyway. My hope is that it is just something like she is low in iron, or vitamin B, or that she needs to eat more or less of a certain food and boom, problem solved. I don't love this wait and the combination of anxiety mixed with a very active imagination, results in loud negative concerns. As I try my best to quiet my mind, I also have to put on my best "its all good" mask for my sweet girl. She is on a bit of a roller coaster these days. Some days she is exhausted and emotional, and others she is strong and spunky. I can share with her how painful it is to see her hurt, but I can't show her how much it stops me in my tracks. One of us has to show the other the path to moving forward. One little step at a time. 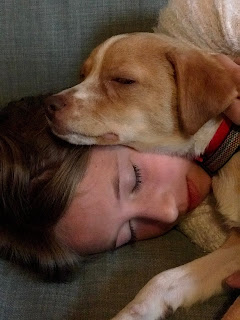