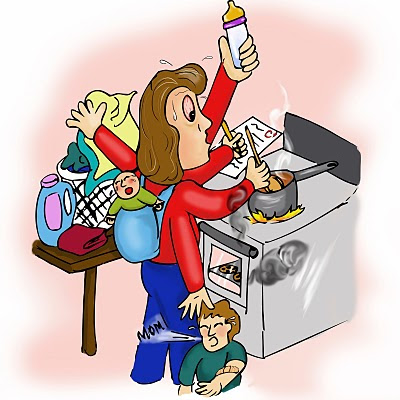 Next month I will have a two-and-a-half year old. Before I became a mother, I assumed I would have another child by now, or at least be pregnant. Isn't that what people do? They get married, have a baby, wait a little and then do it again. Not me. I have never been so sure of my individuality until now. I now know what I can handle, and how much of it. I love my daughter beyond words. She is a strong willed child though. Talk about individuality. We still have our moments dealing with sleep, whining, and getting out the door. It's a lot, and sometimes all in one day. Then there is the positive side of this age. She is potty trained, verbal, and my little buddy. We have so much fun together. I can't see adding to the mix right now on either side.
There was recently an article called "One and Done" about having a single child. I never thought about stopping at one, but this made a really good argument for it. It disproved all the theories of only having one, from spoiling to loneliness. For a week I was sold. Then I got sad. I realized that I do want another, I just am not quite ready. How does one prepare? Is there ever a good time?
There are so many pros and cons to how you space your kids. Have them be babies together, and then be done with that phase. If they are close in age, is that a given they will be close friends? Is it a given that if they are farther apart that they will be not close friends? Is having two really as chaotic as everyone says. I remember my friend being warned before she had her first daughter how much her life would change. After the warnings she felt that if it was anything short of WWIII, she would be okay. Later she admitted to me that it was her personal version of WWIII and that she was glad they survived the first three months. She is pregnant again. She has a very good attitude about what to expect this time. She said that she has no idea what it will be like so there is no use in worrying about it. It will be what it will be, and she will figure it out again. I worry. It is genetic for me, but I admire her and her mental stability.
There is that too. Mental stuff, post-partum, lack of sleep, no time for yourself and sharing your body with a baby again. My doctor told me a secret after I delivered my daughter. He waited to tell me that I had the worst pregnancy he has ever seen. I threw up all the way to the delivery room and in there too. I am terrified (not just worried) that I will be sick again. This time though I will have a responsibility to my daughter and can't be in bed all day or safely located near a toilet.
I might be a glutton for punishment. I know with the first wave of nausea, I will reevaluate my decision to again enter the inferno region for nine months. I am certain though that having another baby will be a positive addition for all three of us here in this family. Now I can see how my daughter looks at babies, and is gentle and loving with them. Another year from now she will understand that much more how the change having a sibling will affect her. She will be able to express her feelings better too. I watch my husband holding our friend's newborn and how he longs to cradle another of his own. I, too, can't help but think the same thoughts. The best day of my life was holding our daughter in my arms for the first time. The moment for both of us was elation. I do want another chance to feel that joy, to fall in love, and to walk around for a few months day dreaming of sleep while blissfully exhausted.
Posted by Shea