I was listening to a story on the radio yesterday. I didn't hear much of it but it was an interview with a writer/songwriter. He was talking about a book he wrote and then the interviewer asked him whether he prefers writing books or songs more. He, with no hesitation said, they cannot be compared. He said singing is like fire and we do it from the second we are born. He said writing is a much more calculated process. I had never thought about just how primal singing is. We voice ourselves immediately out of the womb. Everyone's first sounds are not small whispered mubblings, rather, loud wailing and musical. What a wonderful way to start!

Music was always a big part of my household growing up. My mother, a classical pianist, taught piano lessons after school. During the day she was a music teacher at a school as well. My sister played violin, my brother the french horn, and I studied a bit of piano, and violin, but mostly I loved to sing. My mother and I were a duo from the time I was three. She and I would perform on stage in concert at my grandmothers senior group as well as for anyone in our house who would listen. I had a big voice for a little girl and I remember wearing a gingham gown and standing center stage in front of a sea of gray haired audience members. My grandma was in the front row always smiling at me. I loved her and it made me happy to see her happy.

At school I was part of the chorus and although I loved singing together with friends I was a hog when it came time to solos. I always auditioned to sing on my own and loved duets as well. My best friend and I did one together once for a recital and to this day she still sings parts of it on my voicemail for my birthday sometimes. As a teenager I would reenact my favorite ballads from Broadway musicals in front of the mirror. When I was most upset and heavy with teenage angst I felt singing was the single most effective way out of it. Classical was always on in the house or car and my mom would bet my sister a dollar if she could guess the composer. She stopped playing that with my brother and I. Either because she would have gone broke or we didn't know the answers as well. Can't remember which. Music was joy for me. It was the sound I remember most in my house, and anything traditional we did religiously or spiritually that has stuck with me today has only remained because there was music attached to it.

These days the music most played in my car or home is again of the musical theater kind. If my husband can help it he switches it to only the finest up and coming indie band, but he is overruled usually by my daughter and recently by my two year old son. Annie and Frozen are still top of the most played here. After January came and went I felt relieved to take a "Let it Go" break but recently when we played it randomly my little one became hooked. Now he asks for "Posen" all the time. Many have a love hate relationship with Frozen. I really thought I might scream if I had to listen to anymore, but then it would be on in the car and I would think I could tune it out and then moments later I am belting it out with my munchkins in the back seat. As a mother daughter duo Twig and I would sing the duets together this past winter and my husband from the side line would jokingly smirk and tell me I was living my dream singing with her. In response I would say "yes and your nightmare." I too can poke fun at theater geeks because it is an annoying group but sometimes they are having more fun than the rest of us, so its easy to be bitter.

The last few weeks after I drop my daughter off at school I take my son to one of the local parks. I have met a few nice moms, but I have met even more nice nannies and grandmothers. At two, my son is starting to interact more and more with kids his own age, so when he sees the regular park goers he is excited to play. Last time a few of us were sitting at a picnic table taking a snack break when I channeled my mother. One of the nannies mentioned how sometimes she brings books to read at the park and the next thing I knew I was running a mini song session with two nannies, a grandma, and four kids. I'm not exactly sure how we all started singing but we went through quite a repertoire of songs.

When a flyer came home last week for the elementary school choir at Twig's school I was relieved. It wasn't just happy and excited it was a relief to see that she could be part of something bigger than just she and I singing in the kitchen. That I wouldn't be the sole person holding the responsibility of her getting the opportunity to open her mouth to sing. Don't get me wrong she sings all the time at home but this opportunity to sing in a choir is special and even if the teacher sucks, singing together with a group of other children is special. She was ambivalent at first and then she realized how many of her friends were doing it as well, and she got excited. So Wednesday mornings we will leave extra early to get to school for choir. To and from school my son asks for "Posen" and 99% of the time I put it on for him. Just as I feel the need to scream from "Do you want a build a snowman?" countless times, his little voice chimes in with them. Each day he is gaining more and more words and yet the fact that he couldn't even say a full sentence doesn't stop him from singing a song. He has a great ear and can sing on key, he usually sings the last word of each sentence really clearly. It pretty sweet to hear. I tell myself when I get sick of the music I will be sicker when the day comes when he doesn't want to sing out loud anymore, because it will come. Hopefully before he becomes a big theater geek though.

Sing Out Loud, Sing Out Strong,
Don't worry if its not good enough
For anyone else to hear,
Just sing, Sing a Song! 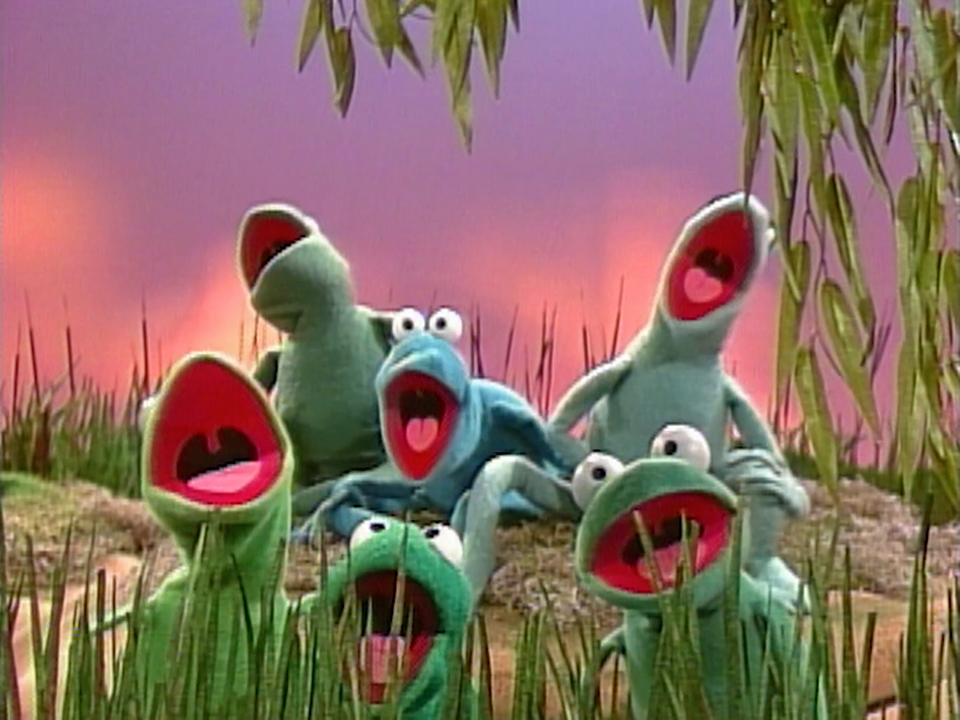