My friend ran the LA Marathon this year. She is 39 and it was her goal to complete a marathon before she turned 40. She is a runner, and a fast one at that, so this was not an unreasonable goal. That being said, it was still an extremely challenging task to take on. But she did.

She had a set time she wanted to achieve and as circumstances were that day, she wasn't able to obtain it. She is a competitive and determined person so it was disappointing that she didn't meet her expectations. Those expectations! This year the marathon fell on an extremely hot day, and her friend who was driving with her got stuck in traffic so they were running late. She had a nervous stomach so she didn't feel great, and when they finally arrived she was left with no time to stretch and just had to start. She felt sick for a lot of the run and had to slow down and walk a lot. She finished though and still in what I thought was great time. She wanted to do better though and so she will try again.

A few days before she ran, Twig ran at the jogathon at her school. It was also ridiculously hot weather. She had a goal of getting around the track 7 times. Each time the kids got a stamp to count the laps as they went. She was determined, and like my friend, she is fast and goal oriented. She met her goal and then some. She ran a total of 11 laps! We were all so pleased with that. She went back to class after that and probably hasn't thought much about it since.

Watching the marathon my friends and I had some very different reactions. We wondered why people would put themselves mentally and physically through such a difficult task. For some, the answer was obvious in that they were runners and so they run. Others ran for a cause and they were getting sponsors so they could donate funds they had raised. I suppose others just wanted to be able to say they did it. I'm not sure this would ever be reason for me to run. I feel pretty content with saying I have never run a marathon. I am confident in my abilities to accomplish some other difficult-to-obtain goals. Never the less, it was emotional to watch so many people out there running.

My friends who also watched that day joked about writing signs that said "You don't need to finish" --  in hindsight, it is funny because when you watch some of these people it looks like they are about to die. They wanted this so badly though and they worked so hard for this one day. It was hard to watch without getting choked up sometimes. I saw people pushing someone in a wheel chair with a sign saying they were running for him. Or a blind man running with a guide. Young, old, heavy and thin. All races, all ethnicities and people from all socioeconomic strata

I am usually so moved by big events like this that I was afraid I might be encouraged to put this on my bucket list. I wasn't though because I realized I have finished some pretty hard marathons in my life to date. I succeeded in surviving two pregnancies with Hyperemesis Gravadarom. It was no easy feat, but it took focus, stamina, and all my strength to keep my eye on the finish line. 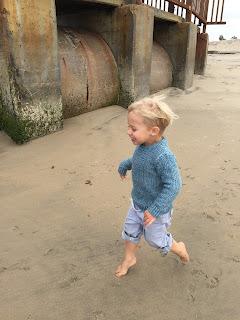