I've been trying to process the news of your death. I heard about it from a few other cast mates from The Hating Pot, and it feels so lonely trying to mourn you all the way here in California. For all the hours, days and years our group spent together, I never took a moment to think that one day we would all splatter across the world, never to be sitting in the same room together again. I went online last night, searching for a way to make peace with you being gone. I looked at old videos of you in the 70's with your long red hair, wildly dancing as you led a huge group of people singing. I read Facebook posts of people thanking you for your inspiration. I saw tributes, obituaries, and stories all about who you were.  As I read, my head kept hearing James Taylor's song, "I always thought that I'd see you again…".

Over the past 18 years since we all worked with you, I only have seen you once. It was a fantastic surprise too. I was in a Whole Foods in West Hollywood and you and Roz were just standing there. It really felt like I ran into family I hadn't seen in a while. It was a surprise but so comfortable. I was so excited to show you that I was all grown up. Meeting you as a teenager and then spending over four years with you — I really did enter adulthood under your watch. I remember auditioning for you. It was a large open call with so many kids from public schools all around New York City. I could see in your eyes how important the subject matter was to you. I so enjoyed the improvs you had us doing and was taking them so seriously. I'm sure part of why I was cast was because I was so eager to meet your level of intensity.

I joined a group of cast mates, all of us unknowingly beginning such an important project. Not only did I gain a new community, I also learned more than I ever did in all my history, social studies and humanity classes put together.I met other kids who were my neighbors in New York but who had never met anyone Jewish or Black. Together we broke down racial stereotypes and shattered our own racism through honest improvisations. I tapped into a reservoir of creativity I didn't know I had. I sang and danced, expressing all emotions on the spectrum. I traveled around the country, made TV shows, made friends, all thanks to this one show, and thanks to you.


Liz, you were the matriarch of this crew. You lead and steered the ship and without you this production simply wouldn't have been. I was so in awe of you. As a teenager I will admit I had some obsessions with teacher, or mentors. I wanted to know more about these people who were my so called leaders. I definitely craved some attention clearly. With you though I didn't need to search for anything because you gave it to us. You were who you were and you offered it to us completely. For me having you guide us for that many years at that time is a beautiful water mark that you leave on me.

My work has been so influenced by you. My major in college to my goals as a teaching artist have all been shaped how you taught, and what you taught. I hope that what I have to offer now, and what I hope to share with students I work with in the future will reflect my time spent with you. I may not be able to ever run into you again, but when I look at work that I have learned to create from you, that is when I will see you again! 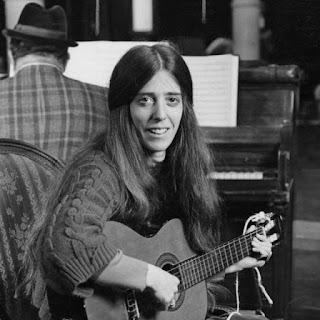