Third grade is supposed to be challenging for little girls in the friendship department. I heard this a few times but when I recall my own third grade experience, I don't remember it being in issue. I do remember it in seventh grade, but at eight I was blissfully ignorant to any big issues with friends. I also didn't have as many friends as my daughter has now. I was friendly, I had a few really good friends, and then one best friend. That's back when you really did have one best friend. Now that "best" word gets thrown around too often and it is really quite a tricky description for a type of friend.

Arielle and I met in second grade. I was a new student, coming in from a different school after the year had already started. I spotted Arielle right away and she had a roller skate hairband in her low ponytail, and a superman lunch box. The shock of coming from a school where all girls had to wear dresses, and the desks were all lined up in neat little rows, to this room where the desks were set up like tables and kids wore what they liked was a big change. There was so much color in that room compared to what I came from, not only in clothes, and skin, but also in the fun way the class was set up. It was decorated. Arielle had the cutest sneeze I had ever heard. The class giggled when she sneezed because it sounded like a little mouse: achoooooeeee. I thought to myself if this kid (who I wasn't so sure at that point was a girl or a boy) had such confidence to sneeze this way, sport a superman lunch box and a pony -- then this kid is interesting. I was right. She became my closest friend and remains that today.

Arielle and I played after school for hours. We would later be allowed to walk to each others houses. There were days and years  where all of my memories of childhood are combined with her image. We shared the deepest secrets and the darkest fears. During the summer we would go our separate ways and I would cry at our goodbyes. We stayed close until junior high when it seemed everyone around us got shuffled around. We were no longer in class together and she matured a bit faster than me. It took me a bit longer to adjust to not having her around. It also took me longer to find my way in a big new school. Eventually we found new friends. We went our own way but were never far apart and in college we became close again. Despite my move cross-country, Arielle is still a very close friend. We see each other anytime I am home in NY, and now our children play together.

As girls, if we had a disagreement, we would be upset for a minute and then be laughing the next. Our moms only got involved if we asked them too. Now, I feel like everyone is on high alert with anything that fits under the banner of being "bullied." I reached out to a mom last year whose daughter wasn't exactly being warm and fuzzy to mine. I put a lot of thought into reaching out, but after quite a few days of my daughter feeling hurt, I wanted to know if she had heard anything on her end. She was very receptive and explained that her daughter indeed has a hard time playing with more than one child at a time. She apologized if it was at the exclusion of my daughter. She also said she didn't want to get involved unless I thought my daughter was being bullied. Well, I would define bullying to be something more aggresive than leaving someone out, so I dropped it. I did some reading on the subject, and I learned tools to help my daughter to communicate with her friends. I also learned that after a certain point she has to handle these obstacles independently.

I recently went to her classroom for "back to school night" and I could tell third grade is a step in the more serious direction. Gone were the drawings and presentations about what they did their first week of school. It was all busness. My daughter doesn't seem to notice that it's a bit less play and a bit more work, and that's as it should be. She is where she is supposed to be. She is still learning, in her classroom and with her friends. Her closest friend she met when she was a baby — they are inseparable when they are in the same country, but unfortanatly she lives in London. She has a bunch of close friend here too, but I don't think she has an Arielle yet. I look forward to when she finds her. As tricky as it can be to navigate close friendships, life is much sweeter with good friends. 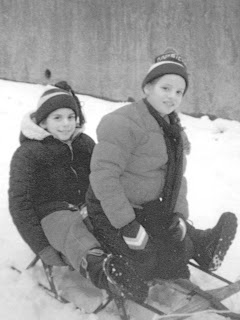 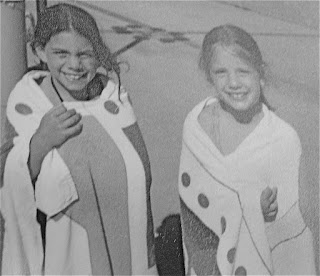