When my daughter was 9 weeks old I took her on a flight back to New York alone. The night before I was so panicked because I felt that this trip was the most monumental journey of my lifetime. To date it turned out to be the easiest flight I have taken since becoming a parent.

In New York my parents, along with many of their friends were welcoming the baby. My best friend's mother pulled me aside to congratulate me and then shared some advice. She said that my job as a mother was to let her go. In that moment, I politely said thank you, even though she could see the look on my face was disbelief. Sure, later down the line when my baby becomes an adult one day, I would have to learn to back off, but this little girl was just inside me a few weeks prior. Too soon? YES!

Her words have been stored away in my mind though all these years. Occasionally, I am reminded I need to take a step back, but not until this week have her words really rung true. My almost nine-year-old left for sleep away camp earlier this week. This was something she has been talking about all year long. It is five days and four nights, not long in comparison to seven week camps, but for us, it is enough. She has had a sleepover at someones house here and there, but she had never been away from home this long. She went with a friend and they were both so excited to do this together. For a child who has had separation anxiety here and there, I wondered if it would rear its head. I have learned where the triggers are for her. If she feels safe, knows people, and knows the environment, then she is fine. With camp, we checked all these boxes ahead of time. She went on a father/daughter weekend a few months before at the same camp, so she knew some of what to expect.

Monday morning on the way to the camp, she began to worry a bit. She said she wasn't sure if she was afraid of going to camp, or afraid to say goodbye to us. It was a bit daunting to her to have to say goodbye for five days, and she was worried she might cry. I assured her that she wouldn't be the only one if she did. We had talked many times before about breaking it down one step at a time, and not looking at it as being away for the whole week, but rather one fun activity at a time. In the car ride there, she played out some worst case scenarios about her buddy not being able to get there. I found out her friend had some similar scenarios on the drive there herself. When they saw each other at camp though all was good. They were both excited and the nerves seemed to be lifted. When it was time to say goodbye they were both such troopers. They both jumped into a sea of other girls and joined in an activity without looking back.

The only tears shed that morning were from my son, who got strapped into his car seat and his eyes filled up because he said he was so sad to say goodbye to his sister. My husband and I both are missing her, but we are pretty certain she is having a great time. The only part we are struggling with is that there is zero contact. We have discussed at length why this policy is in place. Some camps post photos online so you can see if you kid is smiling, playing or at the very least, proof of life. This camp doesn't do that, so I have to wait until Friday to lay eyes on her again, and believe you me, after I see her I am going to grab her, and then I will not be letting go for a good long while. 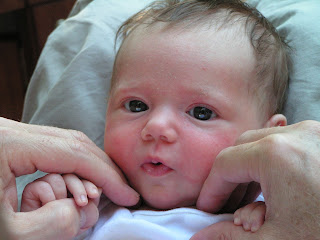 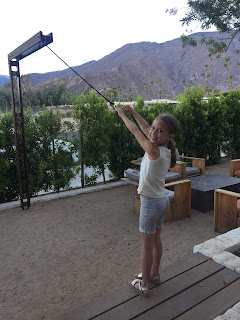