A Drive Down Memory Lane

We recently went back to the gymnastics studio where my daughter used to take classes before we left Beverly Hills and moved to Culver City. She had been going there since she was two and we never found a great replacement for it where we live now. She said she missed gymnastics and since it's summer and we have a bit more time, I got her a private lesson with her old coach as a special treat. In LA traffic this could be an hour away, so we decided to make a day of it. We drove to her favorite diner, Nate and Al’s, for her favorite meal of matzo ball soup. My husband used to take her for dinner there while I was pregnant, because I couldn't eat or cook without getting sick. This became a ritual she never wanted to end.

We also stopped at the little local toy store we used to frequent in downtown Beverly Hills. The layout is exactly the same including the mechanical coin operated horse that the kids would ride. So much on the street was the same. Sure, there were a few new shops, but most were the same ones that were there before we moved. It is amazing to me, how much an area, a street or even a home can remain so comfortably fixed in your mind. It was second nature to pull into the parking garage to turn left at the corner and to find a specific crosswalk, even though you haven't crossed it in years.

After lunch we drove up over our old canyon. We passed a park that I used to take my kids too frequently. I didn't say anything, and my daughter asked if we used to play there. As sharp as these memories are for me, they are cloudy for her. To move away from someplace at five or six is so different than it is for an adult, or for my son who was two and doesn't remember much at all. We passed by the house where our close friends used to live, and when I pointed out to my daughter she struggled to remember what it looked like inside. Up the road just a little bit more was our street. I didn't turn up, because we didn't have time, but also because it would just make me sad. Our house was redone on the outside, and it actually looks a lot better, but it also looks different. I have driven up that Benedict Canyon Drive so many times, it felt strange not to hang a right on our old street, pull into our driveway and walk right in. It is not our home anymore though, and I miss it.

Every inch of that drive was a memory. As we passed my house I remembered when a friend picked me up once and she turned too wide and we almost got hit by another car. It wasn't funny at all, but somehow we ended up laughing so hard. I also remember the time I got a call from my dad while driving, and with an odd sense of urgency in his voice, he asked me to pull over. I will never forget the exact spot I stopped when he told me my brother in law had died. Further up the road was the little strip of stores where my husband and I used to hang out when we needed a little people watching. I pointed out to my daughter how we used to drive from there to her school where she went to Kindergarten.

I am not sad we moved to a place that has better schools, a stronger sense of community and so much more for families, but I am sad that we had to say goodbye to our home to do that. That house was my first adult home. We got engaged in that house, we had a wedding brunch there, we had many parties and much to celebrate there, and even brought our two babies back from the hospital to that house. When we set out to go to gymnastics, I didn't realize everything we would pass. I had originally thought maybe we could stop by my daughters old preschool, but there wasn't enough time. It's a good thing too, I think that one might have thrown me over the edge of memory lane. 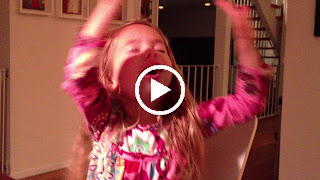