I admit that I am impressionable. I sometimes don't want to hear about the latest "amazing" health craze because I might buy into it. I became a vegan for five years in my twenties because a friend's sister had me read some information that proved to me eating meat and dairy was bad. I have been known to buy matcha, spirullina and a rebounder trampoline the same day I read about the health benefits. People can pick up both negative and positive traits from being impressionable, but being stubborn gets you nowhere but stuck.  I don't blindly adopt new ideas, but I am open to hearing about them, and if they make sense I can't not consider the idea.

Observing my young children navigate their friendships I see examples of when they are both impressionable to their friends behavior — and I cringe. Sometimes, I want to pull them aside and say, “Do your own thing” or “You don't have to be a copy cat." I think of what was often told to me when I was a kid, "If your friend jumps off the Empire State Building, would you do it too?" On the flip side, I’ve also seen my kids be the bossy leaders who lead their poor, unsuspecting friends down a mischievous adventure. I have come to the conclusion that neither are bad once in a while.

Being impressionable doesn't always need to mean vulnerable. It also can mean open. When I began dating guys that were interested in running, cooking or new music, I learned to open my mind to new tastes. When making new friends who loved certain movies, and were excited to share their enthusiasm with me, I opened my mind to new art. Sure, people can pick up positive and negative traits by being impressionable, but the alternative is being stubborn and that doesn't get one anywhere but stuck.

Stepping out of myself and observing my own behaviors, I can recall times when I am confident and strong. I can also recall times where I am out of my comfort zone and chose to remain a fly on the wall. Depending on circumstance and what is going on around me, I speak my mind loud and clear, or I can't find a single thing to say that would fit the conversation. This week though, when approached by another parent who voiced some concerns about a certain behavior my child exhibited, I took pause. Was I being too sensitive, or was she? Was she right, or was I? Was there even a right or wrong, at all? Was I just following her lead and her reaction to my child, and not forming my own opinion? Was I being too impressionable to her?

Navigating other parents is one of those grown-up situations you don't ever imagine having to deal with until you are an bone fide grown-up. The "serious" confrontations with other adults. I remember my friend talking about when he was a kid he heard the words like “mortgage" and "miscarriage" thrown around in his house. He knew they carried the weight of grown-up proportions, but when he grew up to say them as an adult he still wasn't prepared.

Despite being uncomfortable in these kinds of confrontations I think I handle them well enough. I often don't think of the right thing to say in the moment, but I thank the person for reaching out and then say I need some time to process the information. That is what I did last week. Then I try to figure out what I actually feel about it. When I come to somewhat of a gut feeling, I run it by my husband. I am impressionable to his opinions because I respect him and want to know what I can learn from another perspective. Then I mull it over some more, and decide how long I want to wrestle with it and put a cap and time limit on it. No big decision I make for myself is ever decided by someone else, but its also not decided without the help of others. I am impressionable that way. 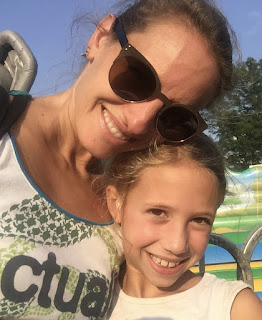