Back in the day when I was working as an actress (some of the time), I had a boyfriend who had a few married friends. He was a couple of years older than me and as his friends approached their thirties, they began getting married and starting families. At that moment in time, marriage and kids weren't even on my radar. I knew I wanted a family, but I was focused on my career and didn't feel I was ready to lose any focus. He was also an actor (the last I would date) and he said that he felt like all of his friends get married, have kids, and then give up their careers. I couldn't understand why anyone would do that. He looked down on their decisions, and saw them as giving up on themselves. At the time, I kind of agreed with him.

A few years later we both got married to other people. Soon after I had my daughter, and thought I could maintain my already challenging career. I brought my newborn with me to an audition and it seemed instantly apparent that I wasn't comfortable with multitasking motherhood and the entertainment industry. I was sensitive to having her around such a dismissive culture, so much of which is based on looks. I felt this impulse to protect her and keep her away. I chose to put my career on hold. If I said I never looked back, it would be a lie. I still work in fitness and have maintained part time work in that field, but I do miss acting. I just don't miss the industry.

Presently, I am trying to figure out what my next steps are. I am toying with the idea of going back into acting, but I also love being a full time parent, and have gotten very comfortable not dealing with the kind of rejection that comes with being an actor. Not to mention how terrifying it is to put yourself out there after years away. I used to be so confident, but my confidence is shaken and covered in dust. I've never let fear get in the way of anything I have done in the past, but I am resisting jumping in.

There are many things that I could do besides acting. I have never felt a shortage of ideas to reinvent myself. I am writing, I am teaching, I am volunteering my heart out at my kid's school, but I still feel like a non-practicing artist. I also feel like I could find a lot of careers that would be less self-serving, but I am mother raising two humans, and that has felt pretty selfless for the last nine years. When I think about not returning to acting, I hear that snide comment my ex-boyfriend made and it makes me mad. He was so wrong. There is so much meaning in raising children, and for some people it's hard to juggle it all. I am one of those people. I may still hold a torch to my old career, but I never regret focusing on being a parent. I just think I feel a slight fire starting under me now. I might put it out, but I might just make it burn higher. 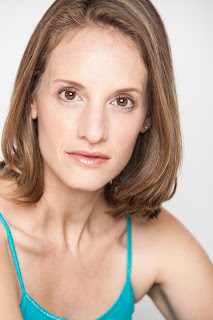