The Future Is Female

Yesterday was Oscar Sunday, and we got to attend an award show. We love watching award shows on TV, we have snacks cuddle up and vote on who we think will win. We taped it yesterday, and when we sat down to watch my son didn't get the memo that you don't talk through the whole thing. He asked us questions, blocked our view, and interrupted punchlines. We eventually paused it and after he went to sleep we let our daughter stay up and watch the rest with us. She was really interested in why there was only one woman nominated for best director, especially because in her world there are no gender boundaries yet. The award ceremony we had been to earlier was for her where she received a medal for a film she made.

Only five women have ever been nominated for an Oscar in directing. Out of those five only one, Kathryn Bigelow, won. For ninety years of these awards occurring, that number is shockingly low. Greta Gerwig was nominated for Lady Bird this year, and although my daughter hasn't seen the movie, she is fascinated by the director. A few summers ago when we were back east visiting my parents, my daughter discovered iMovie on my phone, and she hasn't stopped making little shorts since. This fall, when our school had an arts contest through the PTA, she wanted to enter. She could have done any kind of submission, art, music, dance, or photography but she chose to enter for film. The theme was “Within Reach…", so she made a short about kids being able to be whatever they want when they grow up. She cast all of us, directed it and shot it on her own. She won for the City, then the district and got second place at the council level.

At the ceremony yesterday, there were over 80 kids being honored for all of their hard work and talents. Out of that group there was one little girl who won a third place medal, a second place and a first, for three different categories. She was the only person there who had entered multiple categories, let alone win. The fact that she was a girl too made it all the more impressive to me. Nothing stood in her way. My daughter looked at me and said she didn't know you could enter more than one category. I could see her head planning for next year already.

For all the limitations we feel as women, and for the inequality and unequal pay, we are paving the way for our daughters to demand more. I know the drop in female self-confidence doesn't really start to happen until closer to adolescence, but from what I see in the peers of my daughter, we are doing our best to offset that lack of confidence. I don't know if my daughter will continue making films, and follow Greta Gerwig's footsteps, but I do think she and her friends will do so much more than women have done before them. 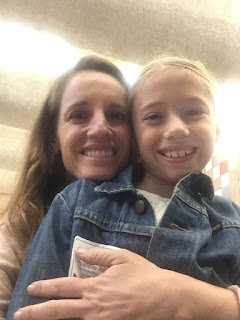 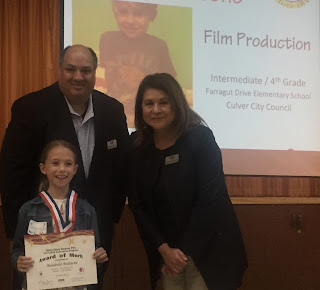