My daughter is nine and we had "the talk” — the conversation that mothers plan for, and wonder how they will approach with their daughters. The same conversation Claire Huxtable had when she popped into an episode of "Blossom." Mrs. Huxtable, the ultimate mom, used a cake to draw explain baby making and cake decorating simultaneously. I vividly remember the conversation I had with my mother after watching a fourth grade film about our bodies at school.

My mom was pretty awesome when it came to talking about sex. She was approachable, and explained that two people when they have each other's consent, can have a give and take that will result in both people feeling good. She gently explained respecting my body, privacy, and the appropriate times to share it. That first conversation about what sex is, or how a baby is made, was nothing like Claire Huxtable though. I had heard in the school movie the words "egg, sperm, inseminate, and napkin" and since the film did a pretty amazing job of keeping it vague, I was seriously confused. A few days later when I was home eating a hard boiled egg that I held with a napkin, I asked my parents "how babies start."

Both my parents chuckled, but not enough at me that I was discouraged to press on. This is where I kind of remember my dad going into the kitchen and only coming in and out of the conversation. I am not sure if he was embarrassed or if it was just a conversation that was "supposed" to be had between mother and daughter. My mom began to explain to me the real way babies come to be. She recalls that my faced dropped and then I put down the egg I was eating. I asked if she and daddy did that, and when she said yes, I proceeded to go down the list of every couple I could think of. I was trying to visualize and process how so many people (even my grandparents) could do such a thing. It blew my mind and I didn't want to eat eggs for a long time after that.

Despite some bumps in the road between my late teens and well my late 20's, I have a pretty healthy comfort level when it comes to sex. It is my hope that when my daughter gets old enough, that she will as well. At the end of last year when she was 8, I found out from a few mom's that I know that they had already had the "talk" with reason girls. I thought about waiting until my daughter came to me to discuss this topic, but I was concerned that if I waited some of her friends might get to her first. One day after school when she and I had some time alone, I asked her what she knew about how babies begin. She thought that they were grown from love and that she remembered my husband and I explaining to her once that daddy has "seeds" and mommy has little eggs and when they get together they can begin to grow a baby. Then I asked her how she thought they got together. When I explained how her face looked like what I imagine mine did when I put down that egg.

She didn't go down the list of people like I did, but she did ask if my husband and I had done this more than once (since she has a brother). She asked if people like it, and I said yes. She took a moment and said “Well, this is very interesting and kind of strange." I agreed that it was. She hasn't spoke much about it since, but she read a bit more in a book meant to help girls learn about such things. She asked more about what a period is and when will she get breasts. I think she is right where she should be with these questions. The best news of all though is that she asks them, and not only to me. She asked my husband yesterday what it means when a woman thinks she might be pregnant. She wanted to know how a woman could just think she was pregnant instead of just being pregnant. I am not sure how she even got to that thought process, but thankfully he navigated his way through that successfully. She even asked him if when she is over eighteen and misses her period will that mean she is pregnant. He explained that there are different reasons why a woman could miss her period -- as far as more details, there is plenty of time for that. For now we are both happy that she still liked eggs and that she can come to us with questions. 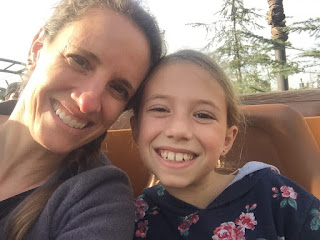