As a woman, and as the mother of a boy, I do not accept when I hear "boys will be boys" in response to a child's behavior. I do understand human nature is human nature. I also understand that no child come into the world knowing right from wrong. My son and many of his peers seem to be naturally drawn to wrestling, guns, and danger. As a parent I see it as my responsibility to strike a balance between play fighting and actually hurting another person. I don't condone my son's behavior just because of his gender, if it is lacking in kindness and gentleness. I don't understand when others give their sons the "boys will be boys" free pass.

As a woman, and as a mother of a daughter, I also don't accept when I hear "girl drama." Can girls be dramatic?  Sure, as they are learning to navigate social skills, friendships peer pressure and change. So are boys.  The categorizing of behavior in children is already linked to their gender at such a young age. It scares me. At this time in our country, we've gone backwards. It saddens and terrifies me to think that my daughter's rights are more in the hands of men than ever before. We teach our daughters today that women can do anything men can. Then over and over again, we see the inequality and it is challenging to believe our own words.

We recently saw a man being questions for his past actions, become unhinged. We saw him beg, plead, and cry. We watched as he portrayed himself a victim of injustice, and complained that his life was destroyed. Its not hard to imagine that if a woman said all the same words in the same manic tone, she would be described as emotionally unstable.

That same day we saw a woman recall the painful events of her past. She didn't want to come forward, but felt it was important for the country to know a man like this might not be the best person to be deciding the rights of people in our country, especially women's rights. Bravely she got under the glaring spotlight and recounted all she could remember from an unforgettable event in her life. She explained how this man in question had his hand over her mouth to silence her. For many years he succeeded.

All of us hear her now. Some choose not to listen, but they will have to soon enough. For my son, and my daughter I do not accept this behavior. Maybe someone long ago accepted this man's behavior and said "boys will be boys." We know many people describe this women's behavior as dramatic. I hope that our future generation of boys has better hearing, because when we empower our girls to speak up, we all better learn how to listen. 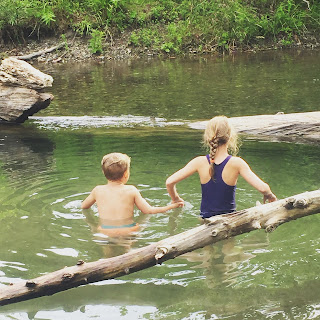