There will be days like this. Days when my feelings get so much bigger than my body has room for. Days when I feel so overwhelmed, that making a sandwich seems insurmountable. Days when being a parent has me regressing to my own childhood, calling my own mother so that she can tell me what to do. Yesterday was one of those days.

Part I:  While I was out with my son, my husband took my daughter out. He had been waiting a long time, until she was at the right age, to share with her that he had been married before. I had an opportunity when she asked how we met earlier in the week, but I felt he should be the one to tell her. I thought that I would be present for this, but we had a misunderstanding on that part. Later that afternoon when I saw her, my daughter said she had something she wanted me to know. She told me that she knows now, and gave me a smile and a wink. I looked over at my husband and he told me he told her, explained that she was really surprised, and then asked if that meant she had another mother. When he explained that she didn't, she then asked if his first wife was kind of like her step mom. By the time I got to her, I explained that I was her only mom and that all it meant really was that daddy chose someone who wasn't the right fit the first time around. None of this went the way I envisioned, but expectations, they get me every time.

Part II: My daughter didn't get a part in the play she auditioned for at school, but her friend did.  I'm not sure which of those facts was upsetting her, but likely both. To make matters worse I found this out moments before having to leave for the evening, leaving the kids with a babysitter. I tried to comfort her in the most time efficient way I could, but it just felt all wrong. In fact I think it left us both feeling worse. I reluctantly went out for the evening wishing I could reschedule the night and just go home and hold her. Her disappointment feels about ten times worse to me than any time I didn't get a part. Hurting on behalf of your children is just part of parenting, but wow it really stings sometimes.

Part III:  At the end of the night, I was so happy to get home. As promised, I planned on going straight in to give my sleeping daughter a hug.  Just needed to see off the sitter first.  When we chatted with her about how the night went she got very serious. She explained that she wanted to tell us that our son was very "inappropriate" with her. My husband and I asked her what she meant, and she began to explain that sometimes he takes his clothes off when she's babysitting. She said sometimes he pulls down his pants and "exposes" himself to her, and that the last time she babysat, he asked if he could see her breasts. As I stood listening to her speak, my stomach began churn. I wondered if my son was a predator in the making. I worried she was going to write her Me Too testimony and throw our whole family under the bus with it. She was speaking about it in such a formal uncomfortable way. She even explained that in her college Psychology class she read that kids his age are fascinated with bodies so she knows it's age appropriate, but that she wanted to let us know, because it was still really "inappropriate." I think she said she wanted to let us know about 7 times, and now we really know, because she really did let us know. Out of pure discomfort I asked her about her class and that if her take-away was that at his age this fell under normal curiosity, and I walked right into her saying "well, but his went a little further than that."  She also said that she explained to him that she may look young, but she is the authority and that he can't behave that way around her.

After thanking her for coming and Venmo-ing her $100 for her babysitting (and psychological evaluation), I wondered what part felt wrong to me. My son's behavior was inappropriate. Was my son's behavior really inappropriate? I don't disagree that he needs to better respect boundaries and others around him, but it still felt all wrong. I felt like I needed to wake him up to discuss consent with women, except that he is six. He doesn't know any of this yet and it is our job, as the adults around him, to teach him. Firmly, but also without shaming him. My husband and I felt kind of shamed by this sitter last night, so I wonder how much of that was leaning on him. We went to bed last night, wondering how to handle this all. When I woke up this morning I talked about boundaries, explained what is okay and what is not, and then dropped them off at school. As soon as I was alone, I called my mom. She listened, she laughed and then she said "there will be days like this." We will all be okay.  Sometimes you just need your mom to tell you that. 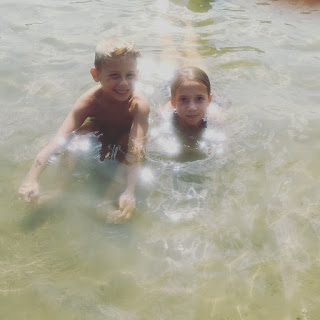