First Visit To The Principal

On the way to a birthday party on Saturday, my son said that he forgot to tell me he went to the principal's office the day before. Something about the way he said it made me ask if he was joking. The minute I asked I wished I could take back my question. He is six. His sense of humor revolves around knock knock jokes and popping out from around corners. His odd tone was simply indicative of his fear of telling me that he got into trouble at school. I asked him what happened and he prefaced that he would tell me with, "Please don't be mad." I explained that I could not promise that I wouldn't be upset, but that I also would not get mad. He begrudgingly told me what happened.

He was playing at recess with his two closest friends and they were all being silly. He thought it would be funny to wrap his arms around both of them and knock their heads together. His friends did not think this was funny (rightfully so) and before their heads made any contact they pulled away from him. One kicked him (I can understand this reflex) and the other told on him. Together they all ended up in the principals office to work it out. This is my son's version of the story. He got this much out in tears, explained that he apologized to his friends, and then drew a picture with the principal. I have since spoken to the parents of his friends and the principal and the story checks out. So I am proud of him for his honesty.

The fact that he was so remorseful and weepy indicates to me that he understood the weight of his decision on the playground. He did not intend to hurt his friend, but rather made a poor choice. The principal helped him by explaining other ways that he could be silly instead and this all made sense to him. By the time he finished telling me, we had arrived and parked outside the birthday party, but  he wouldn't get out of the car because he was crying. I hugged him in his seat and explained that we could move on now. He couldn't. Inside, as a parent, this was a first for me as well. It hurt a bit to hear his story, and I wondered what exactly my response was supposed to be. I wonder now,  if there anything else I should be doing to help his behavior? I looked at him crying and saw that his bottom lip was quivering. I've never seen this happen to him before. My daughter sat beside him in the car and watched silently. We were both at a loss. He then said that when he apologized to one of his friends, the boy didn't say anything back except that he wouldn't be friends with my son anymore. They have a little group called the ninja team and he told my son he couldn't be part of it anymore. This is the natural consequence that came with his actions. This hurt the most.

I stepped out of the car for a moment because another parent called to me. I left him in the car with my daughter, who seemed as surprised as I was with this news. I could also see that she felt sad for him as well. When I got back in the car, he asked if I would help him by talking to his friends parents, and then asked on his own if he could apologize again. He did, and both friends forgave him this time. When I got back in the car, after dropping him off, I asked my daughter what she thought of all that.  She said she felt bad for him and told him that he could always be on her ninja team. I love my children so much, faults, poor choices, moods and all.

Sometimes, my son reminds me more of myself than my daughter. I made some dumb decisions in the name of getting attention as a kid. I decorated a school desk in first grade and ended up in the Principal's office. I thought I made it look better, but in hindsight, I broke school rules. My son has a lot of spirit, energy and is pretty much Dennis the Menace. He loves to dance in part because he can't stop moving. If his body doesn't stop, maybe his mind doesn't either. I am learning along with him, how to keep up, focus and pick my battles. I know with certainty, he doesn't mean ill on anyone and he has a big loving heart. 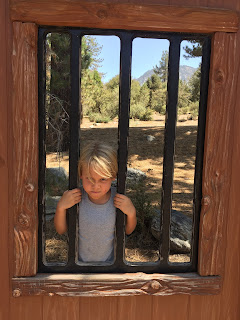