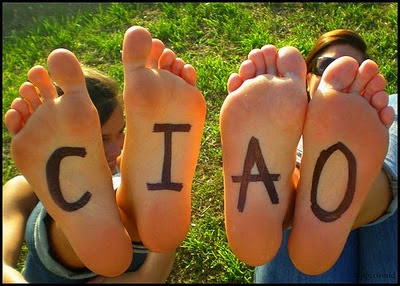 When I started this blog, my only intention was to have an outlet to express myself and document my experience as a mom. In some ways by writing, I am realizing that I am also talking to myself, and trying to appear that I have it together. Sometimes, I don't.
Last week was a really crappy week for me. Right after I wrote about how grateful I was for everything, I started to fall apart over everything. I'm the kind of person that when things are good they are really good, but when they turn a bit I manage to pull everything down. I guess the definition of that might be moody. Perhaps.
One intention I don't have with this blog is being sanctamonious. My experience is only mine. My opinion is only mine. I will express it here but I am not preaching. I haven't met one mother out there who does anything exactly like anyone else. I don't judge anyone for the choices they make. Sure, I may disagree and do things another way but I try to respect their individual choices. If I feel someone is judging me though, that is when it gets tricky. That's when my inner Queens (as in New York) comes out and I start referring to certain women as materialistic, catty bitches. That's a bit harsh, but I feel as if I have been crossed. It's amazing the instinct as a mother that I have to protect my daughter and myself from tricky women.
I live in Los Angeles, so it's not ridiculous to find that people here can be shallow and materialistic. What is ridiculous is that I became friends with some of those people. When you have a baby, you make friends with people that also have a baby, despite that being the only thing you have in common. Some women escaped this "mommy group" phase and kept all their real friends from their past life. I love my friends, but I still got sucked into the clique crap. It served a purpose at a time to surround myself with women going through the same thing at the same time (at least that is the theory behind it). The reality is, two people rarely have the same experience. Not only were these women going about this life change differently than I was, I also had no idea who they really were.
Since I have a daughter, I especially don't feel right about exposing her to conversations about the latest designer, and that now they are making baby clothes. Or listening to them while they talk about other women who have things that they want. Even worse, hearing them judge the other women who aren't there that day (even though they are "so close"). I felt I was back in Junior High.
It took me a long time to get to this realization. From the outside, my husband and my real friends were wondering what I was doing spending time with these people in the first place. I know now that it was to fill the void -- to feel I had a community. I have that in my true friends, though it can be a challenge in LA to feel physically close to anyone at times. I do have an amazing group of people around me. I gave myself a gift by finally letting go of the wrong people. It feels really liberating, and really good.
Posted by Shea