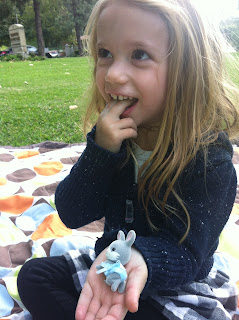 When I was pregnant with my daughter, my husband and I decided to wait to find out the gender. My husband was more eager to know but since I endured seven straight weeks of vomiting he let me call the shots on the big reveal. We both wanted a girl, but would only admit this to each other. We both had a ton of nephews and really wanted to experience a little girl. I was also afraid on some level that maybe our families could only have boys and so if I had a son I would certainly have a son second time around, and at some point I really hoped for a daughter. In any case we knew it was win win, but the waiting had me spending time imagining both, and it was fun to swing back and forth. We did have a terrible time with boys names, and had a girl's name set since we were dating so on some level that pushed me to imagine a girl more.

On the day my daughter was born, the last thing I was thinking of was her gender. As I labored through one contraction after another I felt more present than ever. I remember at one point my midwife saying at the end of this all I was going to be holding a baby and I couldn't fathom it. I was so busy getting through the labor that there was nothing else to think about. When it came time to push I got excited and driven. I was going to meet our baby very soon. I just had to push and all I worked for the last nine months would be in my arms. My determination was on overdrive. My doctor would ask if I could give two pushes and I was giving three. I was ready and within minutes I pushed out our baby. They put the baby right on my chest and all I could think about was how real this was. My hand went immediately to an ear and I kept touching this ear marveling that this was our child and it came out a real person with a face and an ear. It was a powerful few minutes of amazement. Then a Russian nurse said "Daddy, What is it? Is boy?!" At this point we weren't sure if she told us what we had just had or was asking, and in my wide eyed under of having just pushed out a person I forgot all about gender. My husband looked and said, "No, it's a girl!" I think in that moment we screamed, we were so excited. First, we got a baby, and then found out a girl. Score!

I am now eighteen weeks pregnant with our second child. My husband and I agreed that this time we would find out the gender. My husband had at one point mentioned that it would be nice to have a boy too, but for the most point he was excited either way. This time I secretly hoped for a boy, just so I could experience that too. I knew if it was a girl though that a sister for our daughter would be great. Either way my imagination wandered once more. This time for a lot less time though. Interestingly though we couldn't find a girl's name we like this time. We loved our boy's name and even had a few others on the list, but not a single girl's name we loved. I tried not reading into that a some sort of sign, and just tried to be patient. It was actually harder to wait for the day the doctor could tell us, then it was for me to wait until the end of the pregnancy. I was also concerned that it would be somewhat anticlimactic after the last time with a newborn in my arms. I was anticipating feeling a little less excited.

We decided that instead of finding out in a doctor's office that we could make this fun too. I had the doctor put the gender in an envelope. When he did this I could tell he was having fun too. He had us hide our eyes and teased us a bit while he looked. The baby had it's legs closed so this took a while. We left the appointment with a sealed envelope in hand. Our friend wanted to be involved in this big surprise so she met us at the office with two little silver boxes wrapped with an orange ribbon neatly tied on each. Nervously she opened the envelope and handed us the correct box. She then said she needed to check the envelope again, and then confidently she said we had the right one. She gave my husband the envelope again, and then we started giggling. I couldn't believe she knew what I was having now and I didn't. She said she had to leave before she slipped and said something. It was exciting, but slightly nerve racking too.

With the box in hand we waited for our daughter to be done with preschool. At three years old we decided to wait to tell her I was pregnant, but now we can see she has begun to sense. It is also getting to the point that I am showing and so it is rude when someone comments to her and she isn't in on it. We decided that we would tell her about the baby and then let her open the box. Then we would all be surprised together. I had no idea though how difficult waiting that last little bit would be for me. By the time my husband and I picked her up I was giddy. We sat down on a blanket at the park and explained to her that mommy has a baby in her belly and that she was going to be a big sister. She very seriously asked us "Is it a girl or a boy." We told her we don't know yet, but since she is the big sister she was getting to tell us. We handed her the box, she undid the ribbon and what seemed like forever she tried to open the box. I helped a little and then let her open the tissue paper. She then pulled out a tiny little bunny rabbit wearing blue diapers. Indeed in that moment I became just as fuzzy as I had the moment after I had my daughter. Could this be real? A son? "Wow" I heard my husband say. I didn't believe it and asked to see the envelope from the doctor and there very clearly were the words "It's a boy" and a very clear picture of vey clear boy parts. My husband and I were thrilled, but my daughter said, "but it's a girl, I want a sister." Within an hour she was over it and now tells everyone her baby brother is in my tummy. It was the coolest way to find out the gender and since she is old enough to be in on the fun I am glad we found out this time. Especially since I would rather her say she wants a sister now then on the day we bring this little guy home from the hospital.