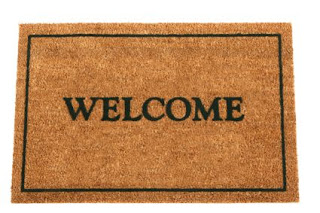 My daughter started preschool in September. It is almost January, and although I have been sick creating her a sibling for most of her school year, I haven't made any "play dates" happen. First off I hate the words "play date" -- they just seemed to come from busy working parents who have to fit it in to their busy live. I don't ever remember using the term when I was younger. I just remember saying we were going to some one's house to play. Play date sounds so formal.
My friend and I send our daughters to school together so she has always been playing after school with her little friend, but I hadn't thought beyond that. When I was busy throwing up my friend started bring her daughter to play with new kids from the class. Once I felt well enough I figured I should step outside the box. We were invited to join my friend on a play date to the twins house. We had never really talked to the mom but our girls were very taken with the sisters. Fraternal sisters that were a year older than our girls, and very different from one another. We went a few weeks ago and formal it was, maybe not to any of the kids involved but to us.
My friend would be described as edgy. She has several tattoos , a shaved head, and wears lots of skulls. In reality though she is one of the most loving souls I've ever met. The mother of these girls is straight laced, neatly put together, almost always in a dress, and has a wreath on her mom van for Christmas. Then there is me. I suppose fitting somewhere in the middle. I'd like to say I lean more towards skulls but I don't think that would be very honest. Especially since my friend left one of her gold skull bracelets here once and I wore it for all of five minutes before feeling it just wasn't me. You won't find me in a dress that often either though, and please do an intervention if you ever see me driving a mini van.
When we walked in to this house though the differences continued. It was more like a mansion, and the snack that was set up for the kids was more like they had been invited to tea. Neatly cut fruit with yogurt in small identical cups. The twins had every toy a little girl would dream of playing with. While the girls giddy with joy played, the three of us tried to be social. It was not easy work getting this women to chat. At the end my friend and I left without having anything negative to say, but instead feeling like we were visiting someone abroad.
My friend is now home in London, so last week I realized it would be rude if I didn't return the offer to host the twins. They accepted and the mom and her girls came over yesterday. In preparation, I cleaned my house a little, baked muffins and hoped for the best. Twig had been asking for them to come over side we left their house so she was excited. When they first arrived everything had gone smoothly. The girls played and had a snack. Then my daughter had round one of three meltdowns while they were here. First she was upset the girls didn't want to do something she wanted to. Then she got into a tug of war over a toy with one, and then fell into a tantrum over a play doh today not working, I should have known better then to say yes to messy play doh. It ended badly for all. Twig was pissed about having to take turns, and when I tried to reason with her, or even try to calm her down she just wailed off ignoring me.
At one point the mother even said to her girls that maybe this is just too much for Twig, she seems to be having a hard time. I was embarrassed. I have a lot of confidence in my parenting skills but yesterday it appeared I had no control over my child. I was very surprised today to get a thank you email from the mom and an invitation to her house next. I wrote back and said thank you for the invite. I apologized for the tantrums, to which she nicely described as a "bad day." It was indeed just that. Rare form for Twig to fall apart that much, but either way we are going to take it slow with play dates for a while. I don't want my schedule to get to full.
Posted by Shea