Back in November, I wrote about taking Twig to the dentist, seeing her permanent teeth in the X-ray and wondering what her face will look like when they grow in. The dentist told her, based on how far up they were, that she would probably have to wait a year or two before her baby teeth started to fall out. She was disappointed to hear this news since many of the children in her class have already begun to lose their baby teeth. At school they have a song, a sticker and even a cool necklace that they get when a pearly white falls out during the school day.

Since that day, the subject of whether or not the tooth fairy is real keeps coming up. We carefully ask her what she thinks... sadly she says she thinks the tooth fairy is us, her parents.  I don't say yay or nay on that one. From time to time she shows me that she has a unwiggly tooth and I'll entertain the idea and say "maybe", but it was never really wiggly...  until this week. She was sitting on the rug and again wanted to show me her tooth. My husband went to check thinking it would be pretty firmly in it's spot and found it to actually be lose! The dentist was wrong!  I couldn't believe it, since I wasn't ready for this milestone to be anywhere near 5 years old.

Recently at a birthday party, a mother who helps out in the classroom came up to me to tell me about Twig. She said she was sitting next to her one day and said she wanted to know the truth about the tooth fairy. She asked if she was real or just your parents. This mom didn't reply with my standard "well, what do you think?" Instead she told her that the tooth fairy was in fact very real. She went for the magic all the way. In wanting to be genuine and honest with my daughter I felt like it would have been a lie if I said it, yet I so appreciated this mom for her answer.  She gave Twig hope that there was a chance it could be real, when she apparently had some serious doubts.

I don't think there's any serious iharm in some healthy confusion over the matter. A doubting Thomas is a very key part of religion. I think defining your own opinion is a skill every person needs to hone. So here our fantasy tooth fairy journey begins. I will have her write a note to leave under her pillow with her tooth. In the meantime I׳m trying to get the tooth fairy to tell me what her going rate it is. While we׳re all waiting, I'm fielding questions like "Will I wake up when she is here"?  I reply with assurance that the tooth fairy will only come when she is fast asleep. Let's hope for all our sakes that at least that part rings true. 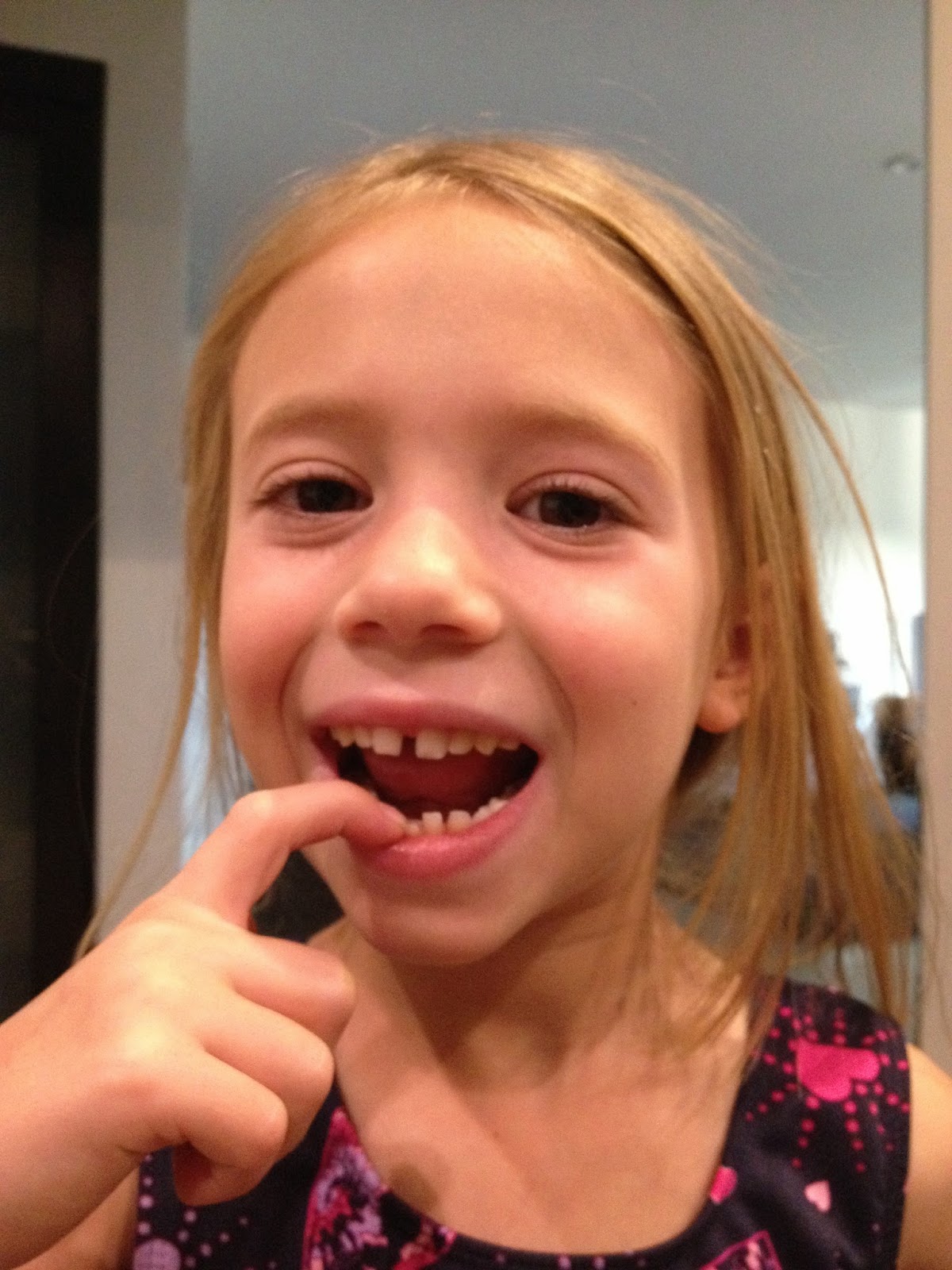