This school year is so quickly coming to an end that somehow I lost track of time and a week slipped by. I had signed up to do yard duty, a responsibility that includes wearing an orange vest and standing in the Kinder yard making sure the wee ones don't escape before school. I had it written in my calendar but somehow thought it was the following week. There were no five year old escapees reported so I think it's ok, but it made me stop and take a closer look at my calendar.

Sure enough I was one week behind schedule for a few things. I thought teacher appreciation week ways a week later but it was rapidly approaching. What is teacher appreciation week, you might be asking. Well so was I. I am a room parent in my daughter's Kindergarden class. We are only rookie moms in this room, so we've all spent this year learning the system. It's May and I am just now starting to get it. The classroom next to us has room parents that have older kids in the school and so they make being a room parent look like a piece of cake.

Teacher appreciation week is when you go above and beyond to thank your child's teacher for what they've done throughout the year. I saw the email that went out for the other room, and the plans they had for gifts. I quickly had to channel my inner Martha Stewart. We were "supposed" to (which really means you better or you will look really lame compared to other rooms) give the teacher a gift each day of the week. When I saw the corny play on words and expensive gift cards tucked in sweet little envelopes, I had to conjure up a unique plan.

I went on pintrist and nearly puked at the elaborate projects that moms somewhere in this country seem to have enough time to think up. I'll spare the details as you can simply check it out if you are so inclined. I did steal a few nice, simple ideas though. Each child will pick flowers from their garden and we will present their teacher with a very large vase. I love to bake so I will put something sweet together and throw it into a Mason jar and voila: crafty. I will also orchestrate the grand finale of the week and present her with a bowl of apples with a contruction paper leaf attached to each one. The kids are working on writing sentences about how special their teacher has been to them this year. We gave her a gift card too, so if she doesn't want sweets or apples with toothpicks stuck inside, she can at least go shopping at Bloomingdales.


Don't get me wrong, I am thrilled with how this year has gone. My daughter couldn't be happier at school and we all love her teacher very much. I am grateful for how well she led the children to love reading, writing and math and introduced learning in such a positive light. The daily activities and creative projects put my apple bowl to shame. Teachers work hard!  But teachers get paid and have a set amount of hours they have to be with our kids. After that it's all me. So how come Mother's day is only one day, once a year? Just saying! 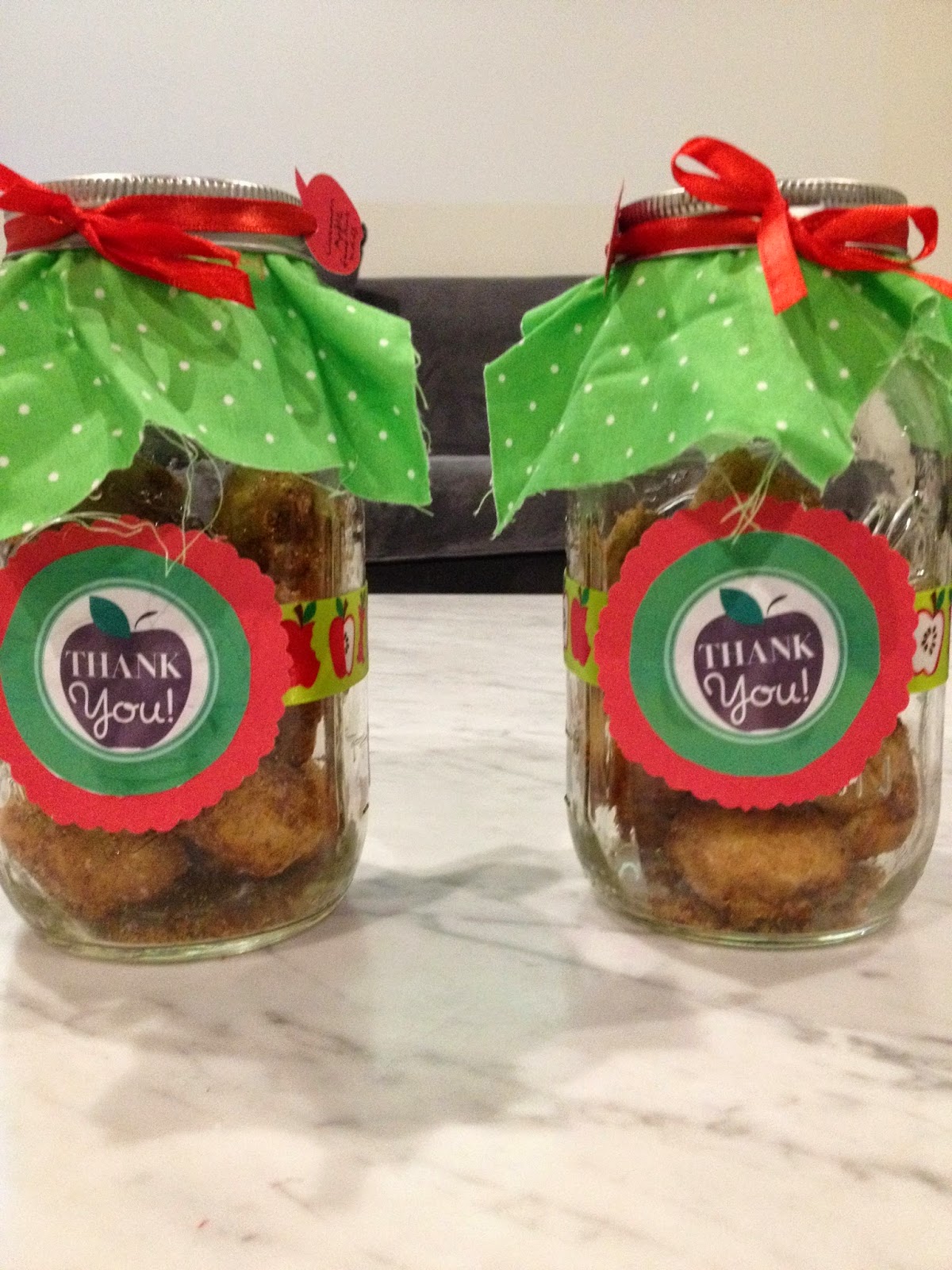 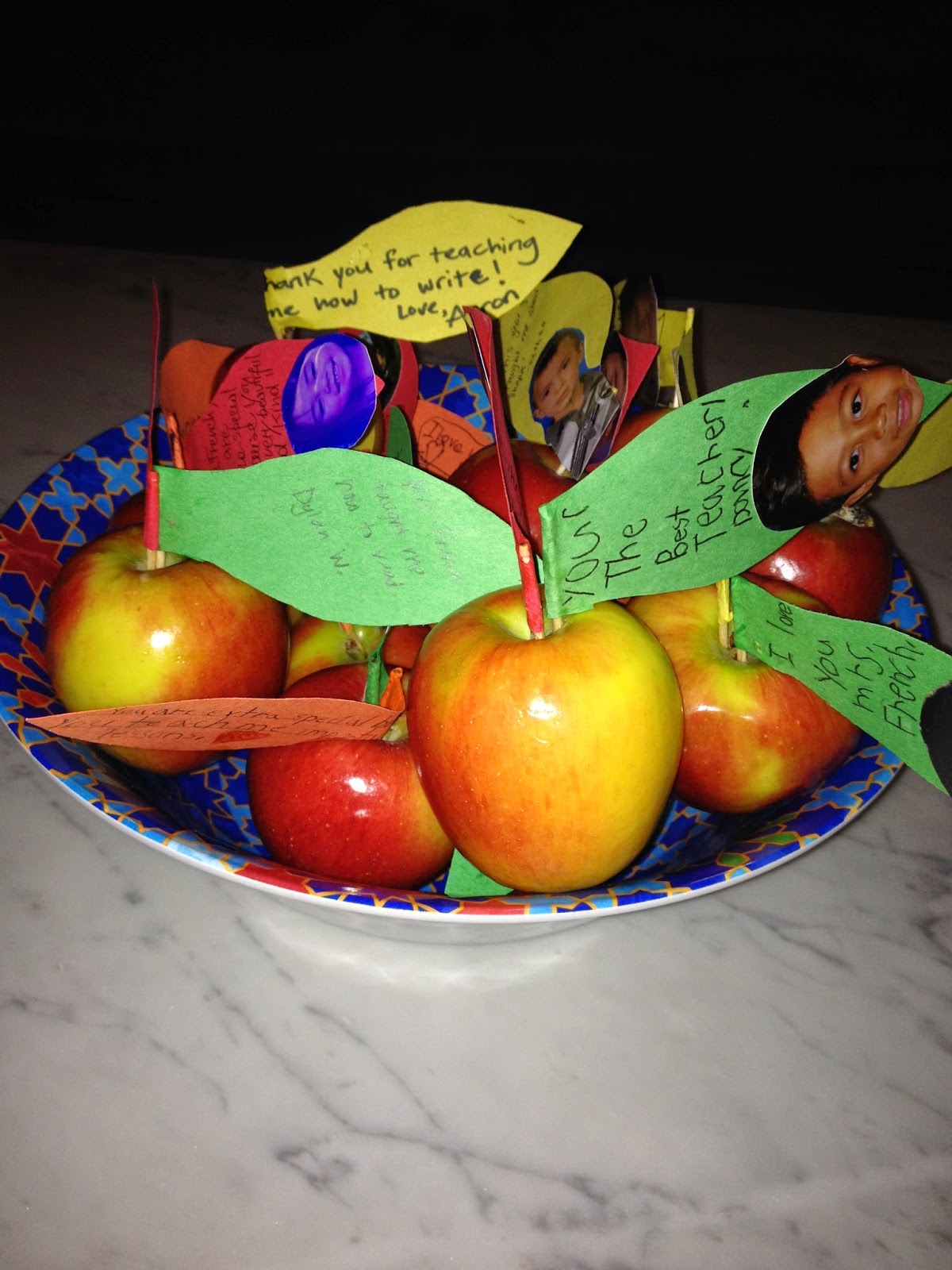