My pregnancy was becoming more real to me with each day. We had seen the heartbeat at two visits, we saw the shape of the baby's body starting to form, we even got to take home some ultrasound photos. With each week though my vomiting got more severe. I started the medicine pump shortly after my 9 week check up.  It seemed to help within a day or so. It didn't take away all of the discomfort but I felt more like I had mild motion sickness which was welcomed.  I started to feel better. The medication stopped the vomiting...it also likely stopped the pregnancy.

When I went in for my twelve week check up, my husband and I joked about what color the baby's eyes might be, but I was distracted. Every appointment I had when I was pregnant was nerve-racking. I would hold my breath until I saw the heartbeat and heard everything was growing normally. When our doctor on this visit walked in and asked how we were, I actually responded by saying, “Nervous." He preceded carefully and began the ultrasound. His first word out of his mouth was "unfortunately" and the rest of whatever he said sounded like a slow motion, dizzying mess of words. I just remember my husband's arm around me, and that I grabbed my doctor's hand, as if to plead with him to give me different news. The next thing I did was to take off the port and pull out the needle attached to me. I didn't need this pump anymore. I hated wearing it, and so I wouldn't keep it attached to me one second more than I needed to. With a little time and a lot of questions, I learned that our baby's heart stopped beating just a few short days after the pump going in. Needing something to blame I gave all responsibility of this loss to the medication. It just seemed to obvious.

I had to have a D&C in the hospital because the fetus was too big to have the procedure in my doctor's office. This allowed me to also have a pathology report done on the baby. I learned that the baby was missing a chromosome and that even if it survived it would have been severely learning disabled and physically stunted. I looked at my healthy daughter and thought of how many miracles have to line up to create the healthy cells that result in a healthy baby. I was grateful that I made her and she was okay. My doctor said it was unlikely the medicine hurt the baby, and that it would be hard to prove anything if it did. I still wondered though. I researched some stories online and found one or two, but not many. After some time though, I set my sights on getting pregnant again. I wanted to move on, I wanted a baby, I wanted to get pregnant, and this time I would endure any illness without medication.

Once again I began getting sick, losing weight, and became dehydrated. Set on not taking Zofran, I agreed to go to my doctor's office to receive a fluids IV twice a week. My pregnancy wasn't fun, and it wasn't pretty — but I survived it. I also got a healthy seven pound baby boy, so with that I happily put pregnancy behind me. Forever. I never again thought about Zofran, because I didn't want to. It does re-open a wound though, to know that the medication could have indeed cost us a baby. Upon finding more out about a class action case against the manufacturers of Zofran, I decided not to participate in the law suit. I have everyone who I was meant to have in my family. Placing blame will not bring a baby back. I don't want a settlement check. I have my family now and I am more than content with that. I will however make it my mission to ensure that I speak out against taking Zofran while pregnant. It is still being prescribed to pregnant women, and I know well the desperation to feel better, but this is not a solution.  I don't know of any other ways to get through a rough pregnancy, but there is a huge prize at the end and it's worth waiting for. 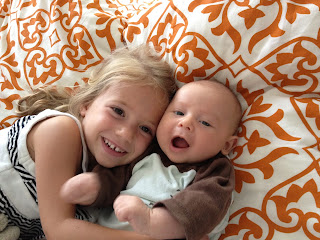