Tomorrow my baby turns seven! As I tucked him in tonight, we said goodbye to six. That moment next to his bedside wasn't nearly enough time for me to properly say goodbye to six. When I asked him what he would miss most about being six he said "not really anything, because it is just a number." I am grateful my kids are not as sentimental as I am, or else we would have a real weep fest for every milestone around here. I kissed him goodnight, and thought about what I would miss most about him being six.

He is not a little boy anymore. He is a kid, kid.
He lost his two bottom teeth.
He doesn't know how to not do cartwheels everywhere.
He learned how to go down the biggest ramp at the skate park.
The way he crawls on my lap facing me, and then nuzzles his face in my neck.
The puppy dog smell of his downy hair.
First grade.
His friends and how much he loves being with them.
How carefree he is about being naked.
The way he adds an extra ed to words that end in d. "Stoppeded"
The way he still needs a hug and a kiss at the door of his classroom each morning.
That he still loves being read to.
Monster trucks and Matchbox cars.
The way he wears two different shoes -- just because.
His sense of style.
Discovering handball, hip hop and "Dog Man" books.
Reading menus, and ordering food on his own at restaurants.
He still likes to be held, and when he is picked up he tucks his arms in.
He still pulls my hair out of my ponytail, because he prefers it down.
Unsolicited kisses, and"I love yous"
His cheeks.
Pizza and candy.
Riding bikes, especially to school.
The beginning of his sleeping in my bed whenever daddy is out of town.
The way he snuggles and wants my arms around him when he sleeps. Heaven!
Discovering pop radio, then making up his own words to songs, when he can't get the real lyrics.
Daddy dates.
Growing a sense of humor.
His giggle, and his laugh.
How soft his skin is.
When he wants a hug to make him feel better, and it actually works.

Most of these things are still present in our lives, but some are fading away faster than others. I love this boy so very much, and I am happy to be celebrating him. He was born on a Saturday and then the next day was mother's day. He was the best gift, but that day we were both so exhausted, I don't think we opened our eyes much the whole day. This year, we will celebrate mother's day and his birthday together. This time with eyes wide open. I don't want to miss anything, since eight will be here before I can blink. 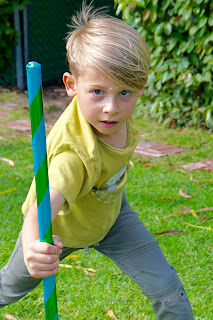