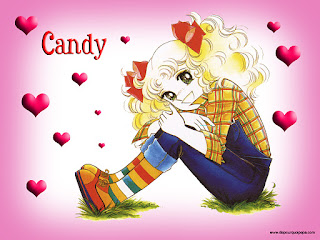 It seems we have an addict here.
Anything with sugar and this kid is all over it. The day starts with her asking for a waffle ("with a LOT of syrup!"), then on to gummy vitamins (which I am pretty sure is candy disguised as vitamins), then snack, a treat after nap, and if she can squeeze in time for an ice pop or frozen yogurt -- she will. I try not to make a big deal about it all and I don't want it to be taboo. I remember my mom hiding treats from us, and I'm pretty sure that's why I have the sweet tooth I have today. With Twig though, I make it available. What I hoped would happened hasn't though.
My friend's daughter (I know, don't compare to others) takes two bites of a sweet and puts it down. She saves her lollypops forever, whereas my daughter will demolish a lollypop in five minutes. She has even had nightmares about wanting a lollypop. There is only so much sugar I can let her have. I say yes, but rarely does one treat a day suffice. I don't know what we did wrong.
Every tantrum she has these days revolves around her wanting a sweet. She will ask for a snack before dinner, or candy with breakfast, or a jelly bean before nap. We don't give in on these. She has had some pretty bad meltdowns, and as awful as they are, I can say she is starting to see that the whining and crying doesn't work. Unfortunately, bribing her with a lollypop has been something I have sunken to lately. I think we are all a little sugar-whipped now. Three isn't that easy. If I can't get through to her on the candy, maybe her first trip to the dentist will make an impression on her.
Posted by Shea