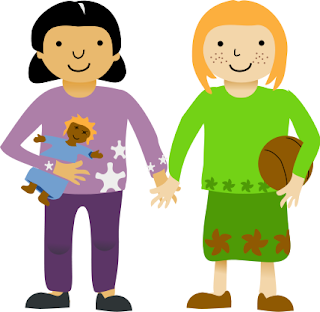 Last night I took Twig to go see my friend and her daughter that flew in from New York for a few days. This friend is not just any friend, this is my best childhood friend. From second grade on, we were attached at the hip. We grew up walking distance from one another and spent so much time at each other's houses. She now has a daughter as well, and she is about 10 months younger than Twig. When we are in NY, we see them, so here and there, our girls have gotten to know each other a little bit.
We met for pizza and then took them out for an ice cream. Watching them sit side by side with their scoops and spoons, I got nostalgic. Both our girls bare a resemblance to us and it is evidence right there in front of us how much time has passed. People grow up and make other people, but I keep getting surprised that I am one of those grown ups now. The fact that we both have girls is so sweet too. We know the likelihood of them being super close like we were is slim, since we live so far, but it is so touching to see them get along when they do see each other.
Twig had a little plastic frog to share with her friend, and we both forgot how much this little girl loves frogs. She was so excited! At one point she got up to dance in the pizza place, and then Twig joined in. Soon we were all up on our feet "shaking our booties" as Twig says. It's amazing how ridiculous we were willing to look for our kids. I know my friend and I did some crazy things when we were younger, but if you told us we would be dancing in a crowded pizza place with our daughters one day, we would have told you we would never do that to them.
As long as they still want us to though, we will.
Posted by Shea