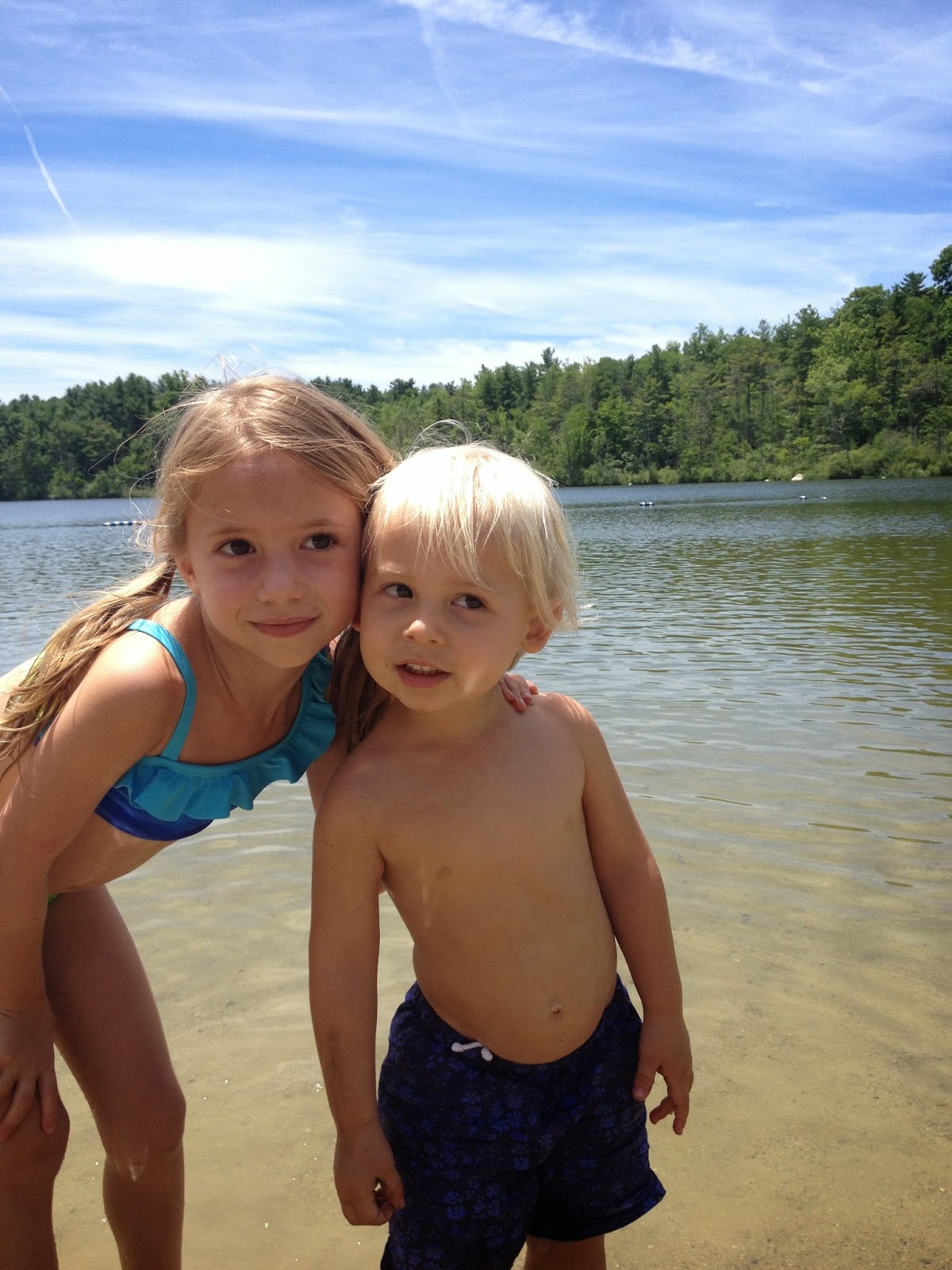 We just got back from quite a wonderful two weeks. We went home to New York City, rode the subway, visited friends, Twig and her Grandma saw "Cinderella" on Broadway, and the train-obsessed boy rode the subway for the first time. I didn't know his eyes could open as wide as they did that day. After the city we drove to the Berkshires where my parents spend summers and began the real summer adventures.

It is so important to me that my children experience the summers the way I did, even if it is only for a few weeks. The beauty of the mountains, trees and welcoming lakes makes memories forever. It just feels more like summer vacation with mosquitos and toasted marshmallows. We walked to the end of our driveway one night to see the big dipper, listen to frogs and watch fireflies. My kids couldn't stop giggling at the sound of the croaking frogs. We had all the time in the world there and it still flew by.

We spent Father's day together with my husband who flew in for the weekend, and with my dad. I don't remember getting to be with both of them before on a day to celebrate them. It was an extra treat. The kids and I made crafts for their gifts that included decorated office clips, bird paintings made from their footprints, and chocolate for each of them along with quite a few handmade cards. We went into town for pizza and it was so nice being all together.

Our days were filled by lake swimming, playground hopping, walks into town for ice cream, barbecues, and making sand castles. We saw friends from summers past and one day Twig put on a cartwheel show with a few other girls that was pretty impressive. It was also a trip for milestones. My mom got my little one to use the potty for the first time. It hasn't happened since but it was still exciting. He also said his own name there for the first time. The biggest change though is that Twig lost her first tooth after months since that first wiggle. She suddenly stopped questioning the authenticity of the tooth fairy. She put it under her pillow with a note and seemed to go to sleep that night a convert and when she woke to find five crisp ones, chocolate coins and a note back to her, she woke up a believer.

On our last day there my son woke up cranky from his nap. The three of us decided to walk to the farm across the road. We did this walk often as they have lots of cows to look at and they sell their own maple syrup. As we were walking up there was a farmer feeding one of the calfs with a baby bottle so we started to talk to him and he showed us a few calfs born a few days before. We had never seen such young calfs before. He showed us a few pregnant cows and when I looked I saw one that looked like it had must have given birth. When I asked him he said that they weren't due yet. When he looked again though he saw a brand new calf between her legs. She had just had her calf before we walked up but he hadn't noticed until I pointed it out. He went in and lifted up the wet baby and brought her out to us. She was shakey as she tried to stand for the first time. It was the first girl born that week. We were very grateful to get to witness that moment. It was a pretty special way to end our pretty special trip.