This is A Test

I remember being six years old and getting sick a lot. At a certain point my mom had to take me to get blood taken and the phlebotomist was a woman with really long, red-painted fingernails. She would pull my arm and use her long nails to trace my skin in search of a vein. I had a few of these done because I got a bad case of Scarlet Fever. I distinctly remember the day that I decided "enough was enough" and that maybe I had some say in the matter. The woman was holding my arm with those red nails and I decided to pull away. She grabbed tighter and the experience just went from bad to worse. I was already fighting though and I couldn't back down and just comply. Instead I turned it up, screaming, "No!", flailing my body and trying to pull my arm away. Tuns out when you are upset and you already have little, hard-to-find veins, putting up a fight didn't make it any easier.

I never seem to get over my fear of having blood taken. I don't mind needles if they have to inject medicine, but feel it is incredibly invasive to have a sharp object poked into my vein and take my blood out. Not to mention how squeamish I am and that the whole idea turns my stomach. As a kid when I heard that in order to have a baby you would have to have blood drawn throughout the pregnancy I decided I would adopt to avoid unnecessary needles. When I did get pregnant it was even harder to find a vein just confirming that there was actually truth to my fear. Being poked five times just to get a bit of blood doesn't ease ones' nerves. During my actual births I was able to convince the nurses to not take my blood before during or after labor. They seemed surprised I was okay with the pain of a drug-free birth, but not the prick of a needle. It was true for me though. I would rather push out a baby than give you my arm for blood. Call me crazy.

This past week when my six year old was given a blood test, the hair on the back of my neck stood up. Five minutes before she had made the same fighter decision I had at six to fight with all her might during a routine TB test. It took two nurses and my whole body to hold her still for a tiny prick. How could they ask her to sit still for a few viles of blood. How would I help comfort her when this is such a huge fear for me? Right then and there though I had one of those selfless parenting moments where you realize the crap you could pass on to your kid, and that a better decision could be made. A decision that requires Oscar-worthy acting skills. A decision that could be mistaken for a lie if one really knew how I felt inside. A decision that could release her of any of my attachments I have to this, and help her feel brave and then proud.

She was afraid and wanted to wait until the next day but I bribed her with ice cream and a toy. I explained the sooner she gets it done the sooner she can stop thinking about it. I also explained to her how the whole thing was really no big deal, and gave her every detail of what she should expect, from the band around her arm to the cotton ball at the end. She seemed to take comfort in knowing what to expect. She believed me that it was quick and hardly painful. I said that it was okay to cry but not okay to move around like she did for the TB test. I promised to hold her and told her that when I have it done I like to be told a story while it was happening to be distracted.

When the time came for her she climbed up on my lap, put her arm out and watched them put the band on her arm. She began to cry a little and the phlebotomist asked if I thought she would sit still or should the other nurse come into help. I whispered in her ear asking if she could be still and she said she could. The tears were rolling off her cheek but she stayed still. I whispered a story in her ear about the bravest sweetest girl I knew and how very loved she was, she asked it it was over and the man said it would be just a few seconds more. I couldn't look but I could hear as he finished up and then it was over. She got her cotton ball and the hugest hug from me ever. I may have been a little lightheaded but she was a strong as ever.

While we sat and ate our hard earned ice creams, I was grateful that she handled the whole thing so well. I was proud of myself for not showing any of my panic, proud of her that she handled it so well and didn't put up a fight, and relieved that there was no red nail polish involved whatsoever. 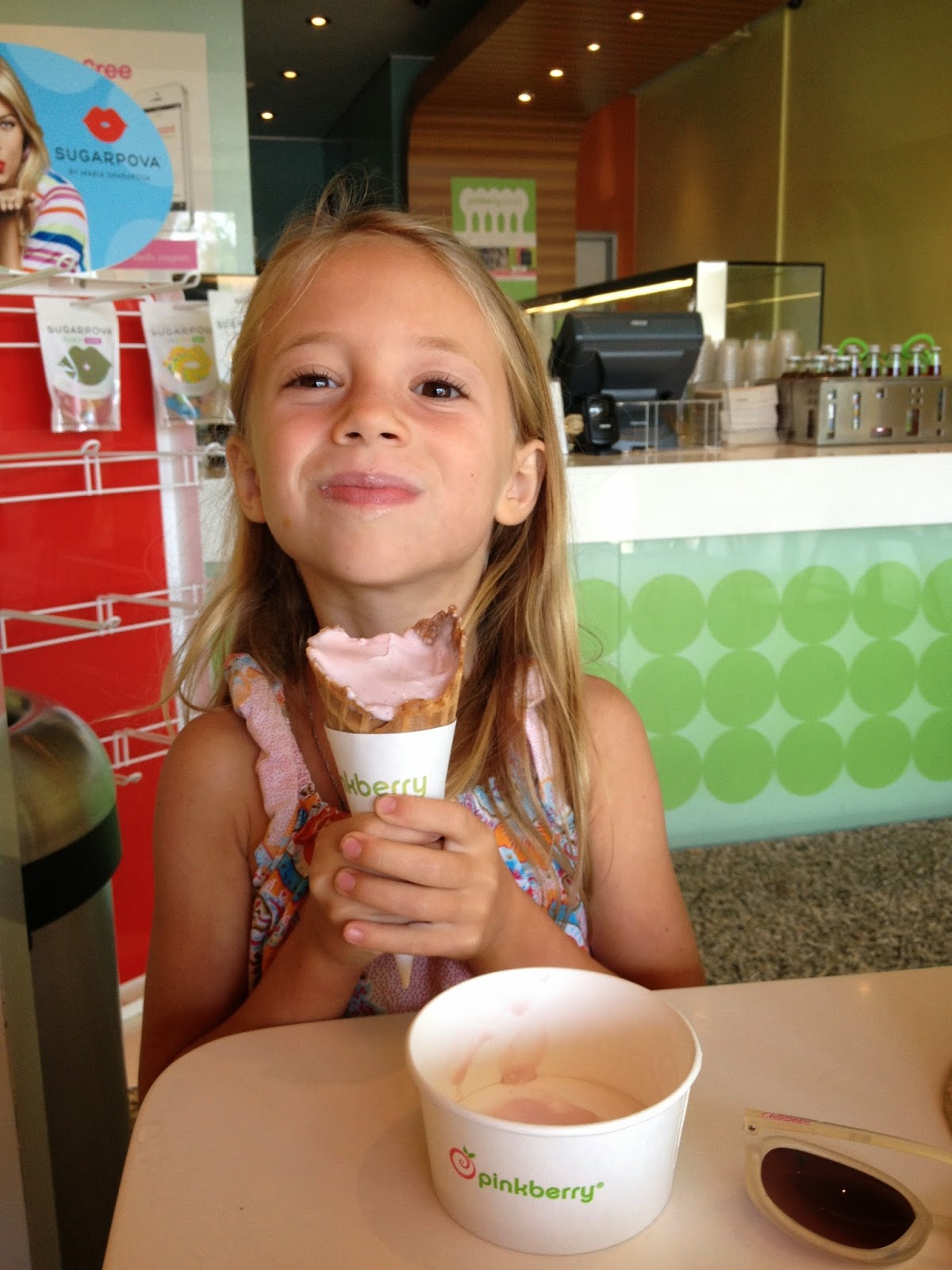