Before I forget all the words by children mispronounce or before they start saying things correctly I wanted to start a list.

Twig always said S’s instead of F’s so when we had a song playing once that was inappropriate for her then age 2 ears she would sing the lyrics “I saw it on the suckin' concrete!" She says f’s most of the time now so we stopped playing the song.

She does still call her fingers “singers”

Ohnay-working -- when he sees anyone doing construction work

I need to write these down because as one can see I don't have many words for my daughter as the cute mispronounced words are being replaced with "embarrassed" and "mommy don't sing" and the days of dancing in public just because are almost done for her. She has an awareness of the world around her in a way that he doesn't yet. When I take them scootering, she wants to fly down the street as fast as she can, while he stops and marvels at the twigs, leaves and roots of the trees. At the age of six, she day-by-day is becoming a little bit more independent, strong, and brave. As first grade begins I am trying to fathom how this day crept upon us so quickly. I felt like I just had her a few years ago.

There is a nagging voice in my head at times to "get my life back" and spend more time getting a job, a step up from the one I have now of wiping bums and counter tops, even attempt to change the world a little. I have to tell the voice to whisper every now and again though. I don't want it to go away completely but if it screams it will wake up my screaming toddler in the other room. I still have a two year old and soon enough he will be ready for first grade and then that voice and I can have a conversation. In the meantime I am trying to concentrate on the sound of my baby mispronouncing more and more words. 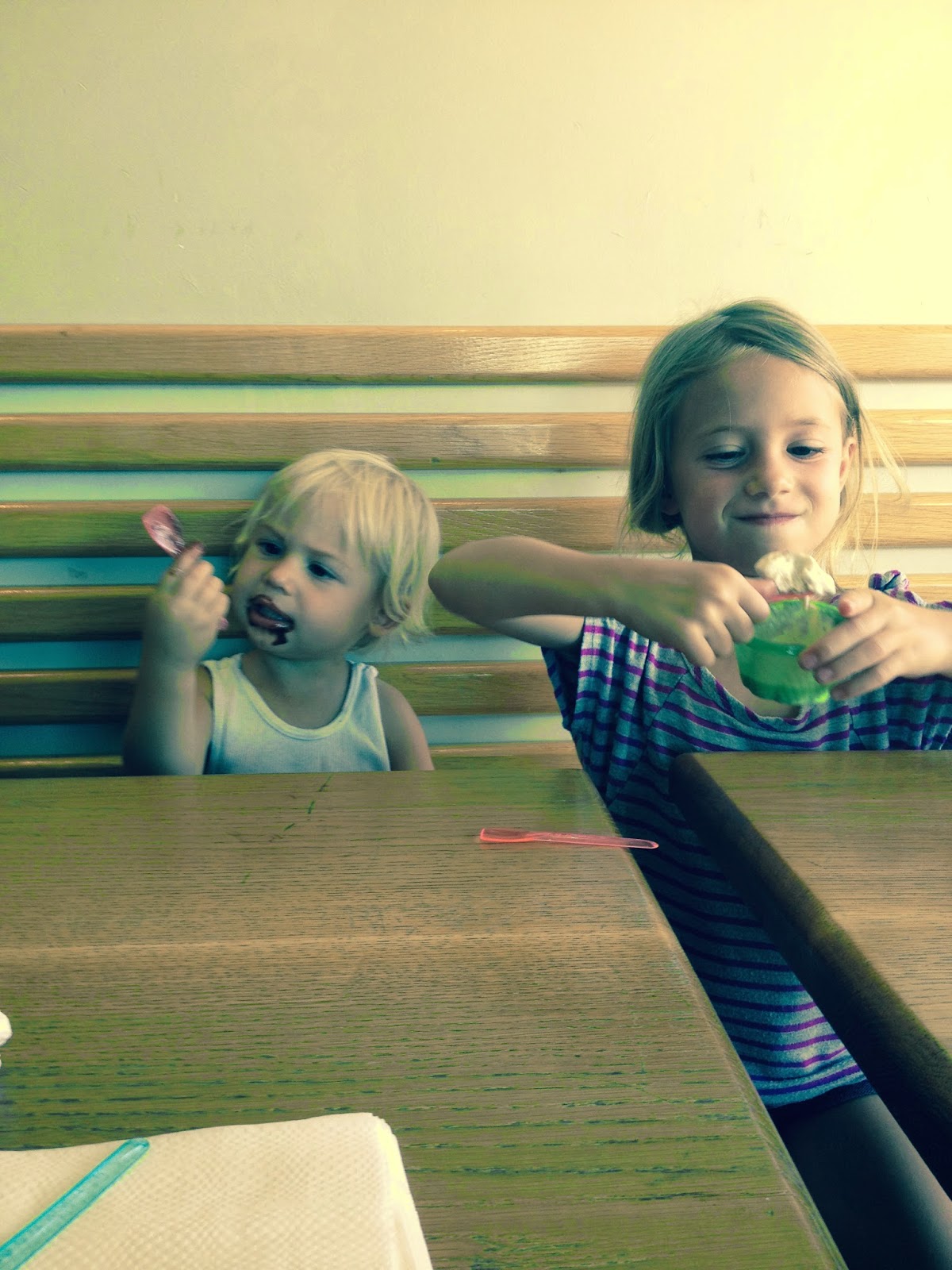