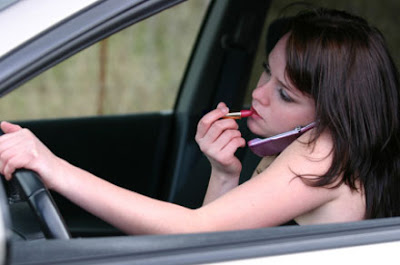 I took my mail out of the mailbox today and sorted the non-junk mail from the junk mail. The junk pile was the largest of course, and I realized that I had put a magazine in the junk pile, because I wasn't sure it was a real magazine or just a dinky fake one. I took a closer look it was called "Los Angeles Living". Trash, was my first thought. My second thought was that I actually live in Los Angeles, so perhaps there is something useful in there. My third thought was "OMG, I live in Los Angeles! WTF am I still doing here?!"
I grew up in one of the fabulous five boroughs of New York. Queens to be exact. When I say I grew up in New York City people assume that would mean Manhattan. Not unlike LA, Manhattan consists of a lot of transplants from other parts of the country. Queens, however is made up of natives and then transplants, but transplants from around the world. You could walk a few blocks in Queens and see restaurants that represent the whole globe. I grew up with so much diversity, economically and racially. The subway line closest to my house is known to be the most international in the whole city.
I am proud of where I am from, but I say that with some complaints too. My public school education was okay, not great. I had a few amazing teachers, but also a few horrible ones. My fifth grade teacher Mrs. Leddy came to school drunk and you could smell it on her breath when she lost her temper and yelled in your face. Mrs. Lee though was my favorite. She was an older black woman who taught us to say "yes" instead of "yeah." She shared stories of her two sons all the time, and was loving and gentle. She had just what I needed as a second grader. At twenty, my childhood best friend and I looked her up and invited her to meet us at Lincoln Center. Much to our surprise, she did and I am grateful that we got to tell her what she meant to us.
I always assumed I would be raising my children in a similar enviornment. My parents still live in New York and when I left over twelve years ago, I had no intention of staying away this long. I visit a lot, and make sure my daughter sees the city the way I saw it, but I know it isn't the same as growing up there. Instead, we live in sunny Beverly Hills. Racial diversity: not too much. Economic diversity: not unless you count rich to very rich. The school she is zoned for here, I am sure is better than the one I went to. Actually, I know it is because I looked it up. So as far as her test scores are concerned, she will come out ahead. As far, as the real world though, I have serious doubts.
I will stop trying to compare Beverly Hills to Flushing Queens now. I know if I wanted to find more of what I had growing up, there are better places in L.A. to find it. I also know there are things that I would have a hard time giving up if I left here. Trader Joes is in NYC now but I heard it's a mob scene. I have also grown to be intolerant to cold weather and crowded subway cars. I just want to raise a girl who values books and not bags. Who wants to play at her friends house because she likes her and not because she has a Malibu Barbie ( I know 80's reference, but I couldn't think of anything else). I don't want all of her friends to be white, and I don't want her to feel she is small if she doesn't have a lot of money.
I know that a lot of what I want for her is my responsibility to show her. I don't buy into the idea that the "best" preschool is the only way to ensure her college education. I don't believe in being waitlisted for Mommy and Me classes, and I also don't like the emphasis on materialism starting in the sandbox. I know there are people who live here and also don't buy into those ideas. I am friends with a bunch of them, and have watched some of them raise amazing, sensitive, self confident children. So, my work is cut out for me. I'll write again in eighteen to twenty years and let you know how I did.
Posted by Shea