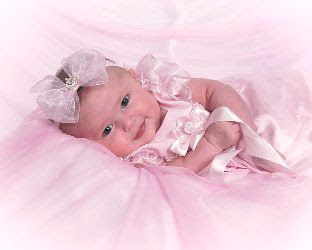 A new book is out that has gotten a lot of attention. It has my attention too.
It's called, "Cinderella Ate My Daughter" by Peggy Orenstein. It speaks to the phenomenon of girlie girl culture among little ones today. She explains how young children have nothing to define their sexuality by, except what they wear, and what they play with, so that results in them wanting to be very extreme. In an effort to express their masculinity, boys will often wear a super hero costume, or carry their Thomas the Tank engine everywhere they go. Girls will insist on wearing a dress, or all pink, or a tiara. This is my nightmare!
I can admit this now that I have her, but I wanted a girl so badly. So did my husband, maybe even more than I did. We didn't find out the gender of the baby when I was pregnant, and sometimes made myself refer to my growing baby by the boys name my husband and I had chosen, just to prepare myself for any possible disappointment. Right after giving birth, it didn't even occur to me that the warm new baby on my chest had a gender. I was thrilled to be seeing it had an ear, and to be able to touch it. When the nurse asked my husband to tell us what we had, she asked with a Russian accent "Is Boy?" We both looked at each other and didn't say a thing. We were proccesing. We weren't unhappy just surprised. Then my husband took a look, and said (or I should say exclaimed), "It's a girl!" We both cried and shared a moment of gleeful relief. I can't say for certain why we both wanted a girl, or that we wouldn't be over the moon if we had a boy, we just maybe wanted our girl and thats what we got.
Soon after we got home packages of pink started arriving. It felt odd, since neither my husband or I were really into the color, we naturally assumed our daughter didn't need to have it either. That was the beginning of the realization that just because you make a decision, it doesn't mean society is going to make it easy for you to honor your ideas. Now at two and a half, I see that it's only going to get harder and harder to fight the inevitable. I wasn't a big fan of Barbie, the color pink, or even dresses for that matter, but I owned some, nonetheless. It was a combination of conforming and peer pressure. What would the other girls play with at my house if I didn't have my own Cabbage Patch Kid? My daughter loves to play outside, cook with me, and sing and dance to music. She didn't even notice a princess until she saw them at almost all of her friends houses. Now she asks their names. This is exactly what those folks at Disney were hoping for. In fact that is why there are so many more princess products on the market than ever before.
I'm not going to tell my girl what she can or can't like. I will even take her to see Disney movies, despite the fact that there are a lot of dead, missing or just plain evil women in a lot of them. I even bought her a little Rapunzal doll at Target because I knew she would love it. I won't spoil her fun. I do wish it didn't come at her so heavy-handed, though. What happened to "Free to Be You and Me?" I am not the worlds biggest feminist, but I do think there is something that reeks of spoiled rotten when I think of what a princess really is: a special, lucky rich girl. I loved Annie growing up, but she was appreciative of her riches. She was humbled by her rough start and seemed to just get lucky. I'm just afraid that all of these stories send the wrong message. What if we don't make enough money to get her a pony if she wants one? If she harbors resentment, then my theory is proven. If she works so hard as an adult that she is driven enough to own her own ranch, well then I am wrong. In which case bring on the gowns!
As I write this I will put my own disclaimer on this. My first movie was Cinderella. It was a big deal to have a movie date with my mom, and I remember it clearly. I was five, and I remember laughing, and I remember being really scared. I don't remember wanting to be her when I left though. Perhaps, I am over thinking the whole thing. Then again, like the author mentions in her book, girls are starting in this craze much younger than in my generation. Most of the three year olds I know have already seen their first movie. I've already been criticized for sheltering my daughter because she hasn't seen a movie yet. There is so much time. For now, I will embrace the days my daughter doesn't carry her purse and asks for pants instead of a dress. I will be more appreciative of the fact that her favorite color is brown, and that she likes freeze dance more than Tinkerbell. I'm not holding my breath that it will be like that next week though.
Posted by Shea