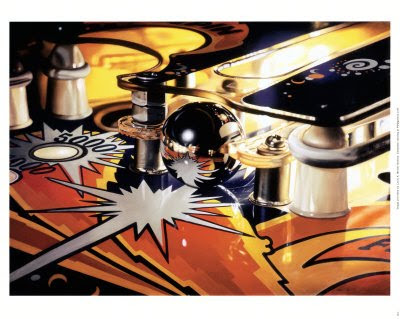 From the time my daughter (AKA spitfire) flew out onto this earth, she had a mission. She was rearing and ready to go. Her eyes were wide and alert and she was taking everything in. Like a shark, her plan required that she keep moving at all times. She was no quiet peaceful bundle of joy. I never ate sitting down. I needed to bounce and bop up and down. She had requirements and requests that had my husband jumping through hoops and bouncing on balls. If we tired, our baby drill sergeant would make herself heard.
I looked at others with newborns and watched as they blissfully ate at a cafe with friends. Or watched a "Mommy and Me" movie, and could tell you what they saw afterwards. I longed to rest in a golden slumber with my new baby on my chest, but she didn't want to miss anything.
Her high energy and super active tricks were entertaining for all those who witnessed. She rolled over before she was three months old, and it wasn't just a chance occurrence. She couldn't stop. I would put her down on her back, and she would flip onto her belly. She would stick her head up and look around with her big brown eyes. She actually had this proud look of accomplishment, until she tired herself and couldn't flip back around. I would put her back on her back and a second later she was flipped again. Repeat, repeat, repeat, for two whole weeks, day and night.
She wasn't a big napper and hated sitting in the car seat or a stroller. My husband and I were getting very tired by month four. It was hard enough not sleeping, but not sitting down, or eating slowly, or getting to finish a thought, was getting to us. At one check up at our pediatrician's office, my husband asked if she could have ADD. A family member suggested she was hyperactive and would need to be medicated when she was older. I was pleased to see the Dr. laugh it off. She said it was too early for any of that to be a possibility, and that we just had a spirited little one. Phew!!
I made peace with the fact that I too would have to be super active. I embraced the fact that I had a better figure as a new mom than I ever did before. I even began teaching a fitness class for new moms that let me run my girl around for an hour and make it seem normal. At ten months she was walking and I was running. I had to anticipate her every move, and at the end of each day we were both sleeping better. I just learned how she operated. She was like a puppy who needed to be run everyday. She was happy if she got outside to play. Thank goodness I am not raising her in cold weather -- that I wouldn't have been able to adapt as well.
Every night before she goes to bed, she looks up at me from her crib and says, "where we going after my nap?" I don't have the heart to tell her that the day is done and that breakfast is where she is going. I tell her where we might be going the next day. She never falls asleep without the next activity lined up. My husband is one of the most chill people I know. He can relax like a pro, so I don't think she got this non stop thing from him. I didn't even think to point the finger at myself (come on now, who does that?). Two of my closest friends did though. I told them about her question before bed and both of them separately asked if that sounded familiar. I'm not going to try to defend myself. They are spot on. I like to know what is next, and I like to go, go, go (to a fault sometimes). There goes to nature vs. nurture, at least in this case.
As I get closer to the idea of attempting to accept the possibility that MAYBE we want another child, my friend shed some light. She said I might actually get an easier baby next time. She coined my daughter's nick name, "the pinball." She pointed out that running all day long is not exactly the kind of beginning she had with her daughter. She said I looked shocked, and the idea that the next one might be a bit more chill, fell across my face like a huge revelation. We shall see. For now, I am humming to the music of Tommy, and honing my pinball skills.
Posted by Shea