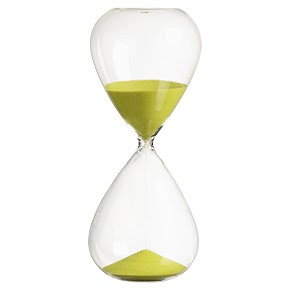 Let me paint you a picture of where I am right now.
I am sitting at my desk at home, the trees outside are gently blowing, and there is slow, soft, classical music playing. It feels like the soundtrack behind the saddest scene in a heavy movie. It's also really cold. Late February. It all sets the tone for the way I am feeling right now.
For the second day in a row, I have had to deal with hysterics while trying to put the Twig (that if we weren't talking about my daughter and rather a real twig, I would snap in two right now). She requires a short list of demands to be met before drifting into golden slumber. The door open just like that, two lights on (really one), tuck me in but not my feet, and the best: she wants me to sleep on the bean bag in my room (yeah right). I have come to accept these as part of the routine, a ritual of bedtime. When she started calling out just after I said sweet dreams, I had to make some rules known.
I am flexible about somethings, but when it comes down to sleep, I have to be strong. She is an amazing sleeper, once she commits to it. She naps two and half hours everyday, and I have to wake her up most days, so she doesn't sleep too long. This new protest she is pitching isn't flying. She asks for all of requirements, and now that I so easily meet them, she doesn't have anything left to fight for. She holds her hand up before I even put her in her bed, and begins breath quicker and louder as if she is hyperventilating. She says she wants the door "just like that" as she is holding a defiant stop hand in my face. I say okay and she still can't calm herself down.
The last two days have me baffled. She is getting all she is asking for, so now she has decided she wants to not sleep. She works herself up to the point that there is nothing I can say or do to calm her down. After forty minutes of walking out and then walking back in to try to chill her out, she decides, okay I am ready now, I will lie down now. She even said "I love you" What was that? ARGGG! I'm not sure how to deal with this mess.
That's where I am right this second.
Posted by Shea