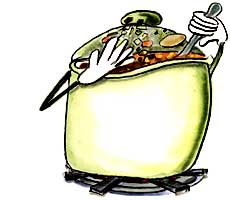 At the beginning of last week, out of nowhere, my daughter asked me to take her to Souplantation. I had been a few times before I had a child and I didn't think much of it. Since she came along though, I now think it is the best dining experience ever. Let me clarify, the best dining experience with a child.
I have come to become very fond of the food though. It all started with my pregnancy. It was the first place my friend and I went to when I gained an appetite after a rough first trimester. Maybe thats why my daughter likes it so much.
I am a member of the Veg Club -- it's a special few that get invited in (if you go to the Souplantation website, you can be a special member too). I receive coupons for lunch and dinner. I have a few partners in crime, and for a while, we all attended regularly. A bit of time had passed though since our last visit, and apparently the establishment had made a good impression on my little one. For three mornings in a row she asked to go to "Soupantaton" and on Wednsday of last week, I finally agreed.
My husband was going to meet us after work, which made her even more excited. That morning, she asked if we were going right then. I explained that we had to wait for dinner so that daddy could come too. She began to plan her menu. She wanted, pizza, macaroni and cheese, soup and ice cream from a machine. That whole day she told anyone who would listen that she was going to Souplantaion, and what she was going to get. We printed our coupons and headed to the cafeteria-style temple that had the food of her dreams. She is so easy to please sometimes -- it is really sweet.
We met my husband, and the three of us headed down the salad bar. She is clear she doesn't want salad, just sunflower seeds, raisins and peas. She is saving room for her favorites. We sit down, and she gets started on her salad bar snacks as I make her a plate of macaroni, pizza, and a little bowl of soup. We are all pretty happy and she is blissfully chomping down not one, but two servings of macaroni. She has a very good appetite to begin with so I am not surprised to see her enjoying her food so much. We all begin to slow down a bit, when she says she her belly hurts. That usually means she needs to use the toilet and when you are dealing with only a few months of potty training (pardon the pun) under her belt, you move quickly to the nearest bathroom. Three weeks ago she had the stomach flu for the first time. Since then she thinks it's funny to say, she needs to throw up.
When she said it in the bathroom I had a hunch she wasn't joking, but when she bent over the toilet, she quickly stood up, looked at me and said, "I just made a joke." She used the toilet and we headed back to the table. We sat down, and one minute later she said she had to go again. Reluctantly, I took her and she didn't have to go. In the stall I got her pants up and turned around for a second and heard her cough. When I looked at her she was projectile vomiting while scooting back as if she could get away from it. It felt like it went on for so long, and there was so much. At one point I decided to see if we could get at least some of it in the toilet so I picked her up midway and made a pretty trail on the floor and into the toilet. It was everywhere. Having thrown up for most of my pregnancy, and having just gone through a bug with her, I thought of myself as a pro when it came to this stuff.
I calmed her down, and cleaned her up. When I turned around and looked at the floor I knew what needed to be done. I had made a choice when I became a parent to not leave a mess anywhere. Not at a friends house and not on the floor of a restaurant. I had to clean at least most of it up. I couldn't see sending a stranger in to clean this up. I grabbed toilet seat covers in two hands and went to work. At first I was proud of myself, I am mentally capable of recognizing that this kind of thing happens, and it is from my own child so I can handle it. Shortly after that thought, I gagged, but I still trucked on. I did the best I could and then washed both of us and left to tell someone. When my husband saw us and I told him what happened, he couldn't believe I tried to clean it up. He reminded me that it was Souplantation, a buffet, and that this probably happens every day. In anycase, if I gagged, for sure an innocent employee would too. I stand by my decision.
Turns out, she didn't over-eat, and that she has the stomach flu again. Never a dull moment. We thought it was over yesterday and went for an outing. We took her to Crate and Barrel and we were testing out a nice new couch when she threw up again. Luckily, all over me. Oh, the glory.
If any of you faithful readers want to be a Veg Member now, let me know.
Posted by Shea