The Rest Of The World 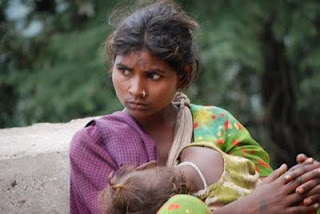 I am one of the lucky women who have very sensitive reactions to hormonal changes. I mean this completely sarcastically since I envy people who go through major changes as women and seem to glide in and out of these transitions relatively unscathed. I got horrible morning sickness from the hormones, then felt postpartum depression symptoms when I began to change nursing habits with my baby, and then again felt a horrible shift when I weaned from nursing completely.
I felt so fortunate to have family, friends, and a great doctor to get me through what felt like an impossible dark time. I was talking with a friend, who also suffered from PPD and how we both fear having second babies if this might happen again. Ultimately, I feel as well prepared as I can possibly be now, and know I have the tools to survive.
I just wonder about the countries where there is no awareness on this. No birth control is used in many third world countries. There are many reported cases of PPD in the developed world but there is thought to be more than double in areas of the world affected by poverty. If a woman cannot get help, she and the baby suffer from malnutrition. There are certain countries where woman get PPD because they have girls where only boy babies are the desired gender. There are several studies done that show women in Ethiopia, India, Japan, Pakistan experience PPD, to name a few. There is finally help for some through Doula-like women who help support affected women. In certain countries there is a supportive time for women before they come out as mothers. Either way, I am glad to see some reports of research done for third world countries. I just hope it continues so that people can get help when they need, without judgment attached. This country still has far to go when it comes to a stigma attached to mental illness, so it would be safe to assume that stigma is probably worse in under-developed areas.
Posted by Shea